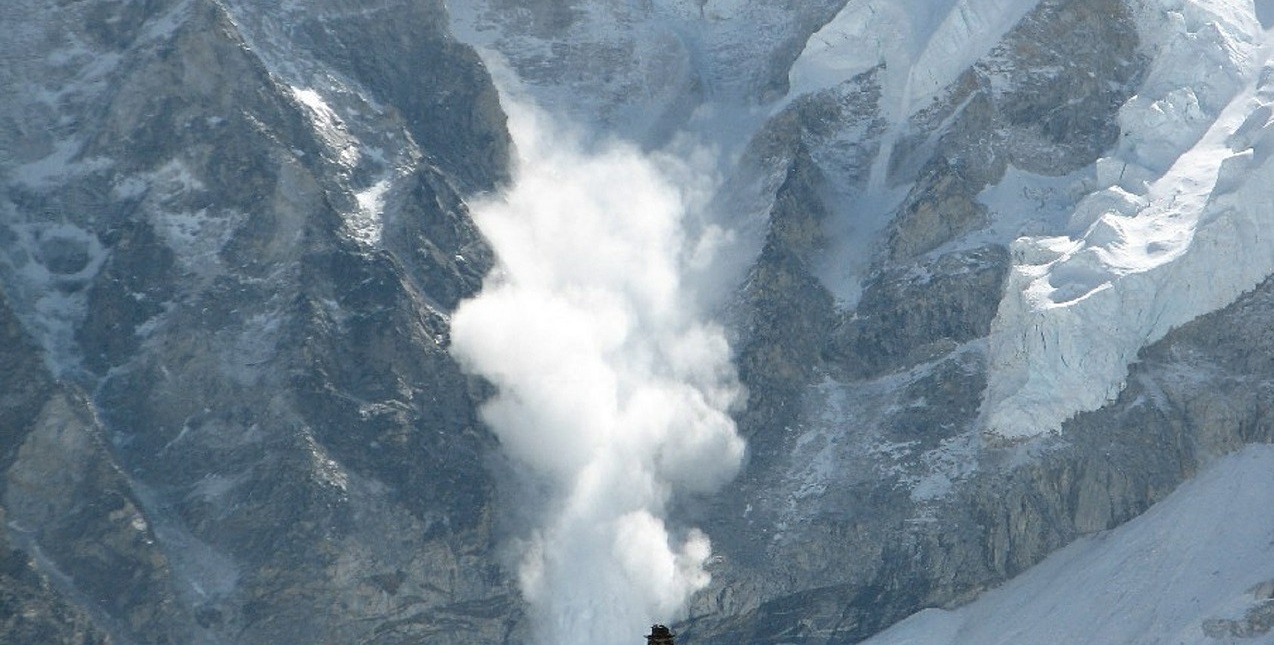 Avalanches are fast snowflows on a mountain slope. By extension, these can be flows of other materials; sometimes we talk about underwater avalanches or stone avalanches. The motor of flow is gravity. The speeds reached by an avalanche cover a wide range from low speeds (a few m/s) to speeds approaching those of a free-fall body (more than 30 m/s). Flow heights are also very variable: from a few meters for dense flows to more than 100 m for diluted flows. The distances covered are also very variable: from a few tens of metres for a small flow to several kilometres for large avalanches involving volumes of several hundred thousand m3.

1. Avalanche danger in the world

Avalanches are typical flows in mountainous regions. They are observed as soon as the slope of the ground is sufficient (generally more than 30°) and the snowpack is thick enough to form a mobilizable volume of snow. Avalanches represent a threat that may seem much lower than other natural hazards such as floods or earthquakes (about 0.1% of the damage generated worldwide or in Western countries). However, given their frequency and omnipresence in mountainous areas, they pose a strong threat to all human activities (transport, tourism, industry), infrastructure and urbanised areas. In France, avalanches kill an average of 31 people each year. Most of the victims are taken away during tourist activities (mainly skiing); on rare occasions over the past three decades, avalanches have caused victims on the roads or in homes. The last disaster occurred in 1999, with 12 deaths in Chamonix. In less developed countries such as Afghanistan or Pakistan, the number of victims can exceed 100 when high altitude villages are swept by avalanches.

2. Chalenges in the study of avalanches

There are two main problems with avalanche research:

Avalanches are often studied and classified according to their triggering mode. A better understanding of the triggering mechanisms is essential for predicting avalanche risk or for training mountain climbers.

The most common scenario observed in avalanche departures is as follows: a succession of snowfalls form a snowpack with a structure similar to a large millefeuille, each stratum of which potentially constitutes a sliding plane. During snowfall, the weight of recent snow may exceed the strength of the lower strata. The surface of the snowpack breaks in the form of a plate, hence the name plate avalanches. The exact triggering mechanisms are complex. Most current theories emphasize the role played by the interface between the snow plate and the underlying snowpack: a fragile layer often takes place there and it would be its collapse that would be the primary cause of the trigger. It is this type of avalanche that is particularly feared by skiers because the weight of a single person can be enough to initiate the breakage within the brittle layer and set a large amount of snow in motion in a few seconds. While wind promotes snow transport and snow cohesion, it is generally a factor in the instability of the snowpack in the short term (over a time scale ranging from a few hours to a few days); however, in the longer term (beyond two to three days), snow accumulation and strong cohesion work in favour of increased stabilization of the snowpack. Wind is therefore not systematically a factor of instability, and it cannot by itself explain the instability of snow cover composed of dry snow.

Not all avalanche departures necessarily occur in the form of a snow plate. When the snow is weakly cohesive, there are occasional departures: a small mass of snow moves and drags other snow masses downstream. As the avalanche progresses, it grows in width and volume. It is the snowball effect (from the stories of travellers in the Middle Ages to Tintin in Tibet, the books are rich in tasty descriptions assimilating the avalanche to a huge ball of snow).

Some avalanches occur long after a snowfall. This is the case, for example, when a snowpack suddenly gets wet due to rain or an increase in air temperature. Liquid water then appears. Since it is mainly concentrated in the contacts between snow crystals, it confers a certain cohesion to the snow under the effect of surface tension forces. Early in the season, the night cooling of the snowpack leads to the freezing of this liquid water. The freeze-thaw cycle therefore contributes to a significant increase in snow cohesion. The low frost (or even its absence) leads to an increase in the liquid water content. As the latter is in excess, it becomes an unfavourable factor, thus allowing the formation of melting or spring avalanches at the end of the season.

In some cases, liquid water reaches the ground and lubricates the interface with the snowpack, significantly increasing the sliding speed of the snowpack in some areas. The snowpack can then crack locally to the ground. If these cracks do not restore a static balance of forces, a slip avalanche can occur: the entire snowpack to the ground begins to slide and disintegrate. We’re talking about a landslide avalanche.

The shape of snowflows is extraordinarily varied. It is partly conditioned by topography. The slope of the natural terrain plays a key role since gravity is the driving force behind the flow: the steeper the slope, the greater the potential speed. Variable factors such as snow consistency or snowpack structure have a significant influence on flow dynamics. Once the avalanche has started, it can continue to carry snow, especially if the slopes are steep and the snowpack is not very resistant. It can also lead to ambient air, which in turn promotes the suspension of snow and the formation of snow clouds called aerosols. Given the great diversity of flows, it is convenient to consider two ideal shapes:

The velocity of the flowing avalanche is generally in a wide range of 5 to 25 m/s, sometimes 50 m/s. The density is high, between 150 and 500 kg/m3. The flow heights are generally a few meters. As they follow the terrain, it is quite simple to predict their trajectory. What is more complicated is to determine their stop rating and spread during their stop. Most flowing avalanches stop on slopes greater than 10°, but some have travelled long distances on shallow slopes (between 5° and 10°).

The aerosol avalanche has a high speed, often between 60 and 100 m/s. A pure aerosol is a cloud of suspended snow, with low average density (a few tens of kg/m3). The density is very variable in the aerosol. Indeed, under the effect of gravity, there is a higher concentration of particles towards the base of the flow. Due to its high speeds, the aerosol draws in massive amounts of ambient air, which allows it to increase its height dramatically since heights of 10 to 100 m are commonly observed. To compensate for the dilution of the aerosol under the effect of this air incorporation, the aerosol must also carry snow from the snowpack. In the absence of training, the aerosol continues to expand until it loses all strength. 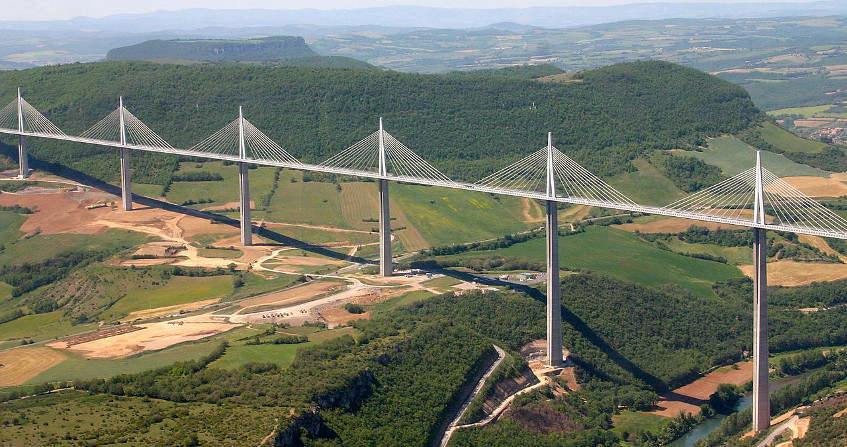 How matter deforms: fluids and solids

An ice cube in a glass is a fragile elastic solid, but the Sea of…