1. Why an Encyclopedia of the Environment?

The environment is a wide series of topics that covers:

– the Earth’s environments where life develops, air, water and soil,
– the conditions offered to life and in particular the climate, which are of great concern in this 21st century,
– the strong links between nature and life, the origin and erosion of biodiversity, ecosystems and their evolution,
– but also the interactions between man, nature and all living beings.

It is a subject that often makes the headlines, particularly with regard to fears raised by disasters, pollution or climate change and the burning obligation to protect the environment by promoting sustainable development. Our environment also remains an inexhaustible source of wonder and questioning that requires some familiarity with a foundation of scientific knowledge important for everyone to forge their opinion on the issues our society is facing. 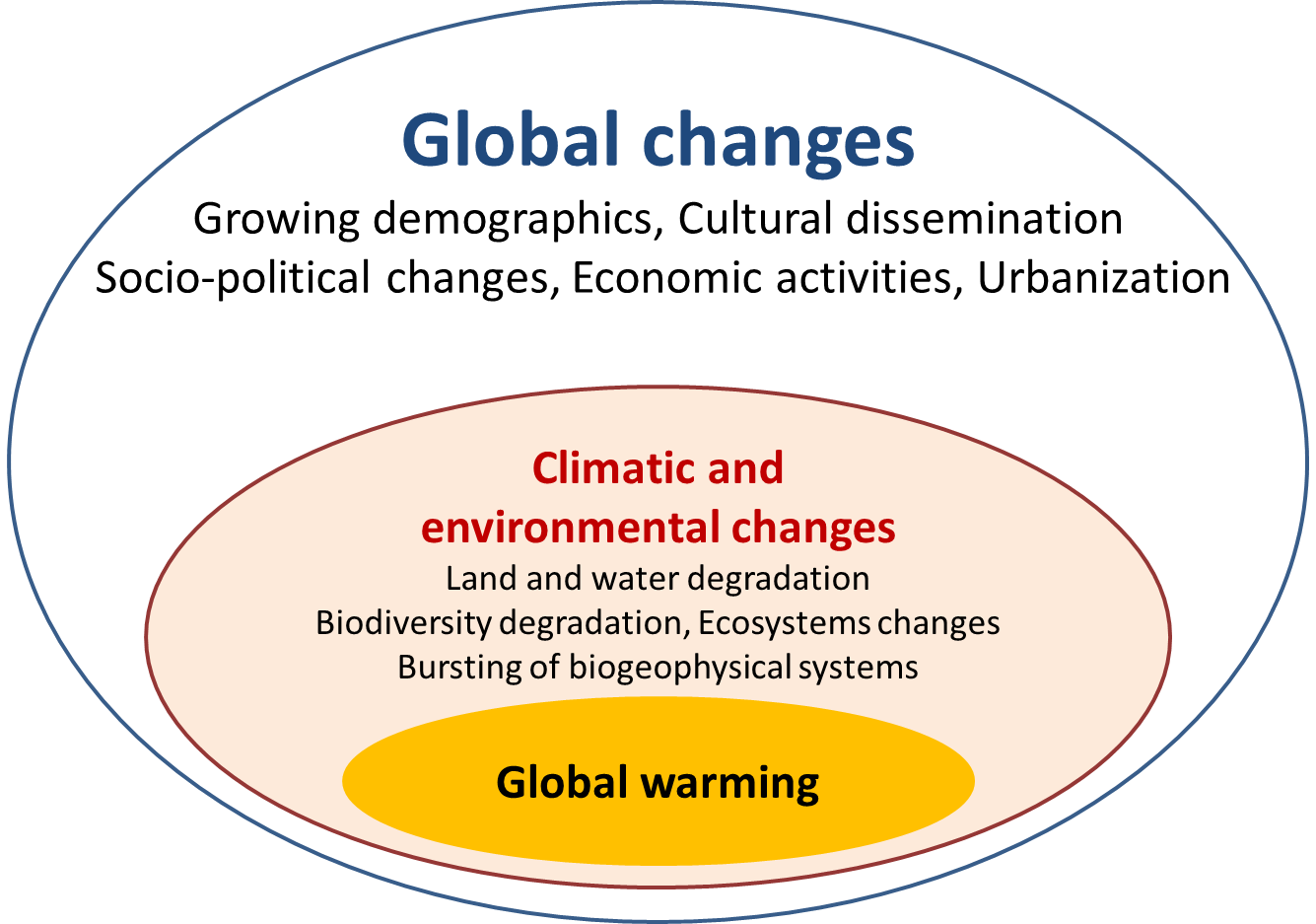 Due to the closely related themes and the coverage of their audiences, this Encyclopédie de l’Environnement and the Encyclopédie de l’Énergie (www.encyclopedie-energie.org) have consolidated their activities within the Association des Encyclopédies de l’Environnement et de l’Énergie (www.a3e.fr), while each maintaining its site and editorial autonomy. This association is linked to the initial guardianship of the encyclopedias, the Université Grenoble Alpes (UGA) and Grenoble INP, by a convention, and is sponsored by the Académie des Sciences.

This open-access site is intended to help any reader to put into perspective, in a coherent and objective way, the available knowledge on the environment. In abundantly illustrated articles signed by their authors, it describes the phenomena and proposes a first level of explanation based on proven evidence, with references to original sources.  All these texts have been the subject of an expertise by an editorial committee, which now includes a French and a Chinese section. The latter is specifically in charge of appraising texts published in Chinese, both the translations of texts originally published in French or English and original articles by Chinese authors. The Encyclopedia of the Environment thus becomes a trilingual site, where each article is accessible in French, English and Chinese.

The set of articles is organised into eight sections, each led by experts on the subject, themselves divided into thematic modules that include one or more articles. Thanks to a unified format and numerous links, these articles form a coherent whole, the ergonomics of which allow the reader to quickly access any subject identified by a keyword. A contact form allows the reader to join the authors and comment on their articles.

In order to cover all environmental topics, the first editorial managers of the Encyclopedia of the Environment, Jacques Joyard, René Moreau and Joël Sommeria, surrounded themselves with recognized experts to form the French section of the Editorial Committee of the Encyclopedia.

The compositions of the French and Chinese sections of the Editorial Board are shown in the following tables, which indicate the specialties and affiliations of each editor.

Table of the French co-editors of the Encyclopedia of Environment 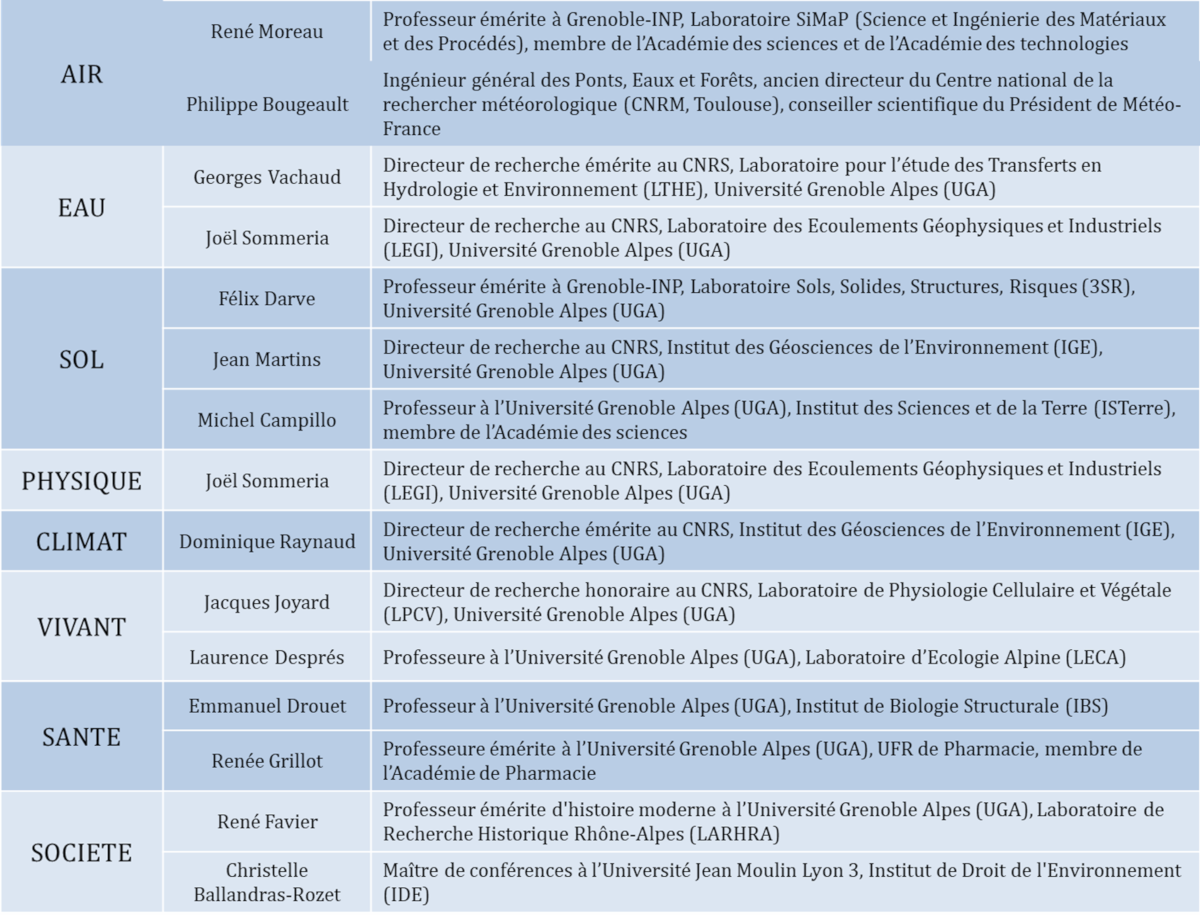 Table of the Chinese co-editors of the Encyclopedia of Environment 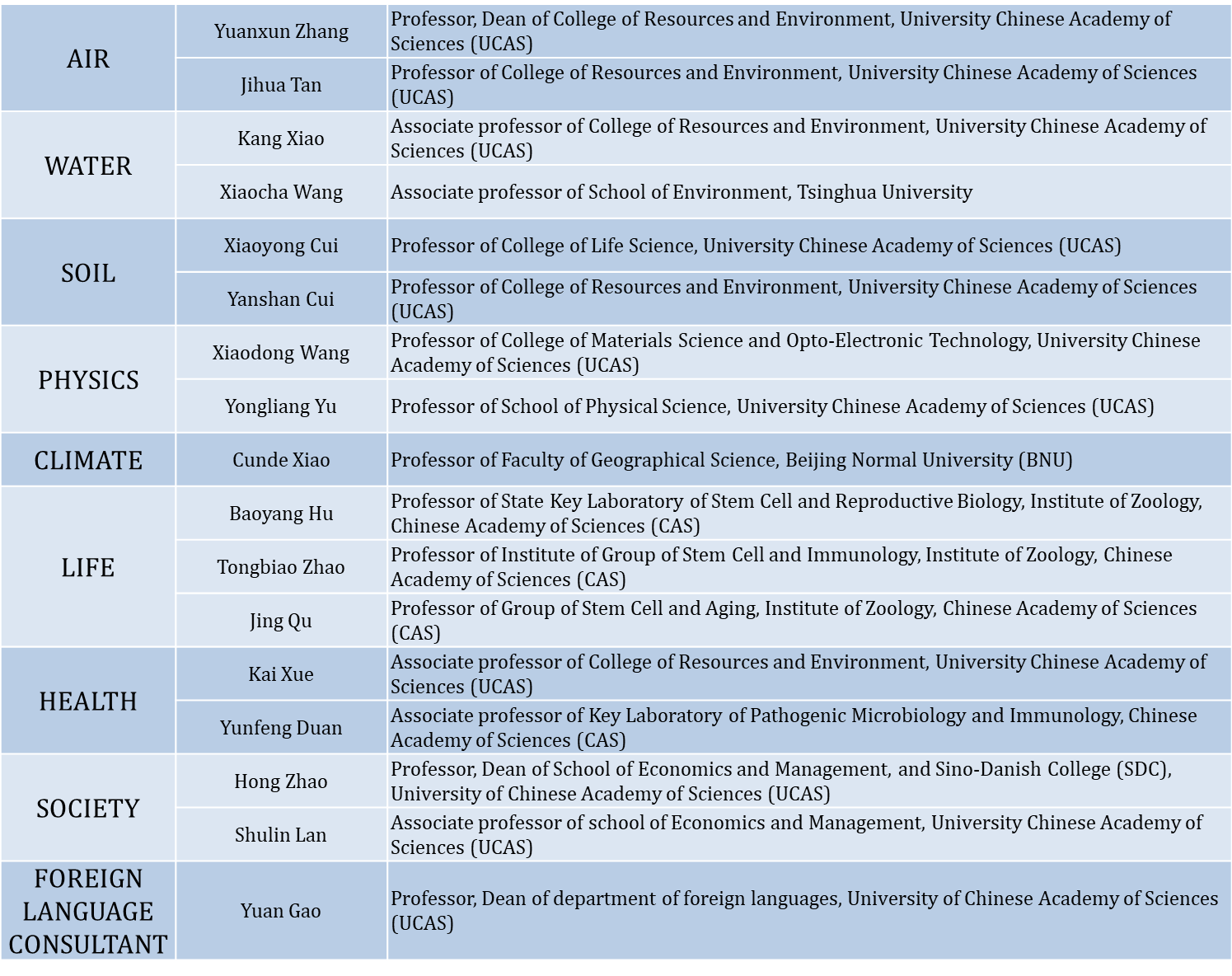