The only driver of atmospheric circulation is sunlight. Under the constraints of gravity, Archimedes’ thrust and Coriolis’ force due to the Earth’s rotation, temperature differences between the equator and the poles cause air to circulate all around the Earth. This global circulation, driven by trade winds in tropical regions, has a well-defined organisation in each hemisphere: three convective cells in the meridian planes are associated with five winds along parallels, the weak eastern equatorial current in the vicinity of the equator and at low altitude, and in each hemisphere two westerly winds, the polar jet stream at a latitude near ±60° and at high altitude, as well as the subtropical jet stream, slower than the first, located at latitudes near ±30° and, also at high altitude. In their motion, these air masses transport and redistribute both the heat transmitted by the continents and the moisture produced by evaporation over the oceans.

In the overheated equatorial region, which sees the Sun at its zenith, the air is lighter. Like smoke from a chimney, it rises upwards from the troposphere (see The Atmosphere and the Earth’s Gas Envelope) and draws in the air around it, creating winds that converge towards the equator. Since the Earth rotates, they are affected by the Coriolis force. Air from the north is diverted to the right, air from the south is diverted to the left. The convergence of these trade winds near the ground or the sea generates the equatorial easterly current, a steady wind, relatively slow since its speed is around 20 km/h, but which was sufficient to push Christopher Columbus’ schooners from Spain towards the West Indies and Venezuela. More details on this inter-tropical convergence zone can be found in the article The key role of the trade winds.

The updraft of the trade winds charges into moisture as it passes over the oceans. As it crosses the troposphere it cools and dries out by condensation at high altitudes, and it gradually loses its momentum in its fight against gravity. It does not manage to exceed the altitude of the tropopause, very stable, which tops the troposphere like a kind of cover. However, at this altitude of about 15 km, its mass flow rate must be maintained. This is only possible if its trajectory curves in the form of horizontal winds, either to the north or to the south, depending on the hemisphere, forming two convective cells. George Hadley [1] (1685-1768), an English lawyer and amateur meteorologist in the 1730s, well before Gustave-Gaspard Coriolis’ work [2] (1792-1843), believed that these high-altitude currents were directed along the meridians and reached the polar regions where, cooled and heavy, they could dive towards the ground. This is not the case since, long before they reach the poles, the Coriolis force has the effect of twisting their trajectories, systematically eastward, in both the northern and southern hemispheres. This pseudo-force (see The key role of the trade winds) therefore prevents them from remaining in the meridian planes and imposes a helical atmospheric circulation within this Hadley cell illustrated in Figure 2. The influence of the Earth’s rotation thus limits the extent of this Hadley cell to latitudes close to ± 30°.

Over the polar regions a convective circulation similar to that of the Hadley cell is imposed by the fall of cold, dry and heavy air, which arrives from the top of the troposphere, thinner at this latitude (about 7 to 8 km) than at tropical latitudes (approximately 15 km). However, the Coriolis force is greatest near the poles, where the axis of the Earth’s rotation is directed vertically; consequently, its influence is much greater than on Hadley’s cell, located near the equator where the axis of rotation is on the contrary almost horizontal. This is why the convective circulation in the vicinity of the poles remains contained between them and the parallels at ± 60°. Thus, between the extreme latitudes of Hadley’s cell (±30°) and the polar cell (±60°), driven by their respective movements, appears the cell (Figure 2) discovered by the American meteorologist William Ferrel [3] (1817-1891), which now bears his name. In each hemisphere, two regions can be noted where the air dives to the ground after cooling and drying up at altitude. Near the poles, this dry air supply leads to the formation of Arctic and Antarctic deserts. Between the Hadley and Ferrel cells, it creates the desert belt between the tropics and temperate regions: deserts in the southern United States, Sahara and Gobi desert in the northern hemisphere, Australian desert and Andean highlands in the southern hemisphere. On the contrary, the ascending zones, located near the equator for one and between the polar cell and the Ferrel cell for the other, are subject to heavy rainfall. Indeed, in the humid air at sea level, which cools and relaxes as it rises towards high altitudes where temperature and pressure drop sharply, condensation forms drops heavy enough to bring rain. These are frequent and abundant, which explains both the lush vegetation around the equator and the fertility of the soils in temperate latitudes.

In each hemisphere, below the tropopause (at an altitude of about 8 to 10 km above mean sea level), on either side of Ferrel’s cells and at high altitude, westerly winds appear which circulate all around the planet oscillating around a medium latitude. A major fraction of the atmospheric circulation, these winds are often referred to as the jet streams (Figure 4). They were discovered by the Japanese meteorologist Oishi Wasaburo in 1920 and described in a report [4] written in Esperanto so that it would be accessible to a large number of readers.

These west-to-east winds are generated by the Coriolis force in narrow areas marked by both a large temperature difference between the warm air to the south and the cold air to the north, and large pressure differences. The mechanism that creates them is explained in the more detailed article Jet streams. Unlike the slow equatorial current, the polar jet stream is very fast, (speed between 100 and 300 km/h), and very turbulent, while the tropical jet stream is still slow (50 to 100 km/h) and more stable. This difference in speed between them and in relation to the slow equatorial east wind comes from a subtle mechanism, linked to the Coriolis force, which was only understood at the end of the 19th century by William Ferrel. The high speed of the polar jet stream and the more moderate speed of the tropical jet stream result from the conservation of a mechanical quantity very specific to rotating media, the angular momentum (The laws of dynamics). This mechanical quantity is the product of the absolute wind speed, the sum of the Earth’s speed and the relative wind speed with respect to the Earth, by the distance to the Earth’s axis. In short, at this altitude where friction on the ground is negligible, a high wind speed is required at the highest latitudes to compensate for the shortest distance to the Earth’s axis of rotation.

This article presents only the average state of atmospheric circulation, emphasizing its remarkable organization. Due to the seasonal movements of the zenith, the alternation between the oceans, which are sources of intense evaporation, and the drier continents, but also to its own instabilities, this atmospheric circulation is also subject to strong fluctuations, the description of which is the subject of complementary articles: The key role of the trade winds and jet streams.

[1] George Hadley, Concerning the cause of the general trade winds, Philosophical Transactions of the Royal Society, 1735, vol. 39, p. 58-62

[3] William Ferrel, An essay on the winds and the currents of the oceans, Nashville Journal of Medicine and Surgery, No. 4, 1856 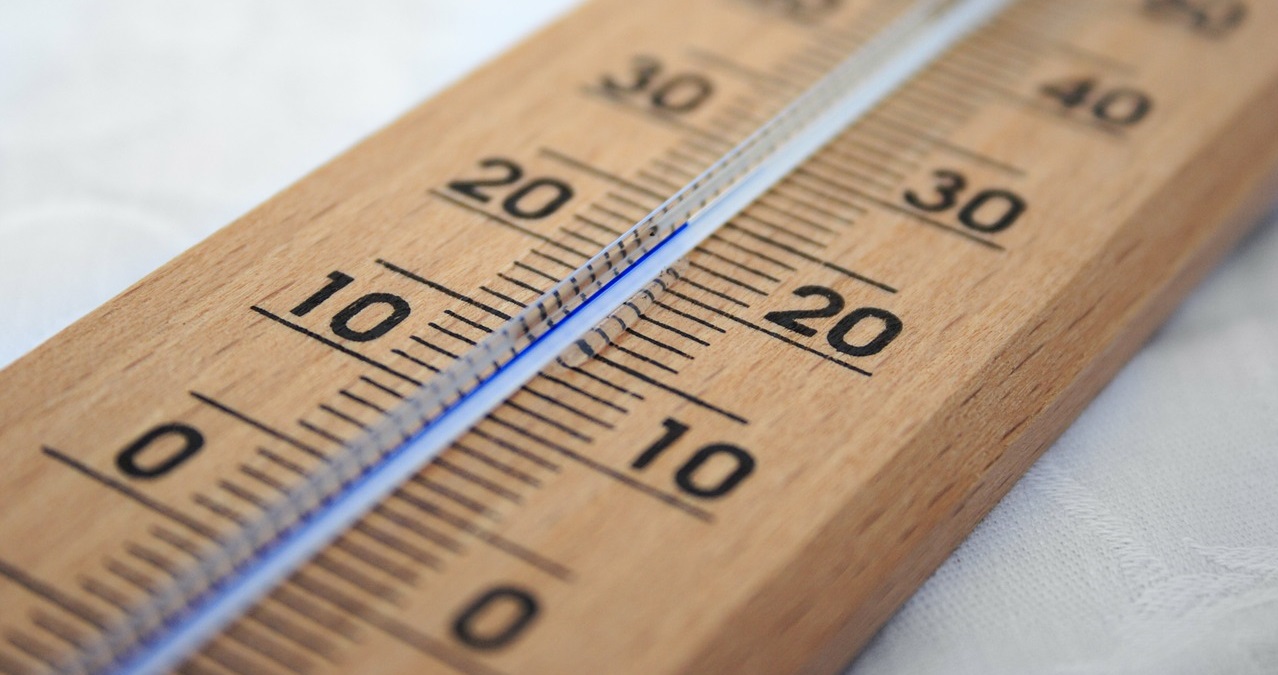 Pressure, temperature and heat are quantities used in everyday life, especially in meteorology. Their physical…