Home » Life » Nature under tension » What is the ecological impact of light pollution? 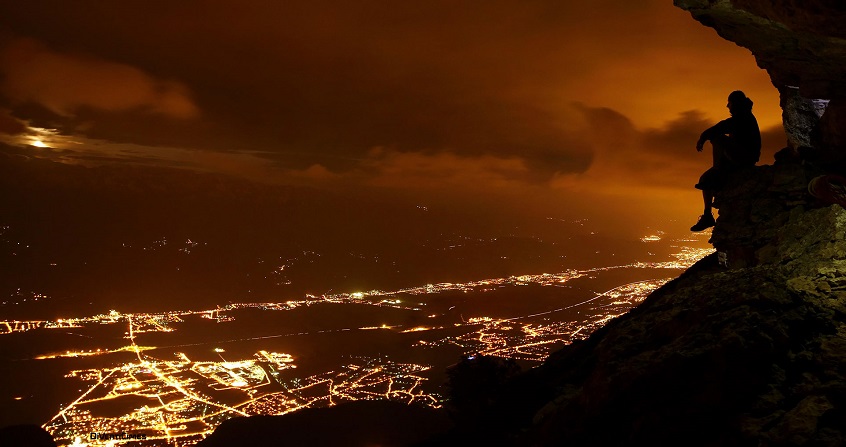 Light pollution is a phenomenon associated with the use of artificial lighting by humans. In fact, it alters the natural cycles of light and alters the illumination of the environment. Through this article, we will consider the origin and extent of light pollution, its impacts on living organisms and ecosystems, as well as the biological mechanisms involved.

1. Light pollution around the world

Light pollution is a phenomenon of anthropogenic origin associated with the development of urbanization and human activities and which involves artificial light. From the astronomer’s point of view and according to a qualitative approach, light pollution refers to artificial light that degrades the quality of the night sky, masks the light of stars and other celestial bodies and limits their study. The astronomer speaks of “astronomical light pollution”. According to a quantitative approach, the International Astronomical Union indicates that, for a clearly defined geographical region, light pollution occurs when the artificial light propagated in the night sky is greater than 10% of its natural luminosity at night.

From the ecologist’s point of view, light pollution refers to artificial light that degrades the cycles of natural light (day/night cycle and seasons), modifies the nocturnal component of the environment, i.e. the illumination of the environment, and consequently impacts behaviour, the biological rhythms and physiological functions of living organisms, as well as ecosystemsEssembles formed by an association of living beings (or biocenosis) and its biological, geological, soil, hydrological, climatic, etc. environment (the biotope) An ecosystem is characterized by interactions between living species and their surrounding environment, material and energy flows between each of the ecosystem components that allow their life and a dynamic balance over time between sustainability and evolution.. Ecologists speak of “ecological light pollution” [1].

An artificial light source is, theoretically, dedicated to a specific purpose. Unfortunately, in practice, it produces an irremediable flow of light directed towards the sky, which is diffused by atmospheric particles and water vapour. At the scale of a luminaire, the diffusion of artificial light forms a “halo of light”. At the scale of an agglomeration, the sum of the luminous halos forms a “agglomeration halo”. Therefore, any human construction equipped with an artificial lighting source is likely to generate light pollution (Figure 1, [1]). This is particularly the case for:

The first world atlas on light pollution was published in 2001 and updated in 2016 [2]. This latest version is based on satellite surveys from 2013/2014 and on the definition of the International Astronomical Union: for a clearly defined geographical region, light pollution occurs when the artificial light propagated in the night sky is greater than 10% of its natural luminosity at night (Figure 2).

At present, scientists consider that light pollution is one of the fastest growing forms of pollution in the world, growing by an average of 6% per year, and by 10% in European countries [3].

Natural light and its cycles are essential for living organisms (see focus Light cycles and living organisms). However, light pollution modifies the illumination of the environment, i.e. its intensity and spectral characteristics, and masks the cycles of natural light (Figure 3, [4]). It is therefore likely to modify the behaviour, physiological functions and biological rhythms of individuals. In the long term, this pollution could threaten the balance of ecosystems [1].

From a behavioural point of view, light pollution leads to attraction/repulsion and orientation/disorientation responses. For example, in small nocturnal mammals, exposure to artificial light causes a repulsive response, i.e. individuals move away from the light source. This behaviour, due to the increased illumination of the environment, probably reflects an increased perception of the risk of being driven out by a predator. On the contrary, in nocturnal insects and migratory birds, organisms that use starlight to move in the dark, exposure to light pollution causes an attractive response, i.e. individuals approach the light source. However, this response can cause disorientation for individuals. Even more problematic, individuals, when approaching artificial lighting, can collide with large lighted structures or dehydrate or even burn themselves in contact with lamps [1].

Light pollution can also affect musculoskeletal and eating habits. This is observed in small nocturnal mammals, which, exposed to light pollution, limit their movements and their search for food, at the risk of seeing their physical condition deteriorate. Thus, in the bushy Darwin’s eared mouse (Phyllotis darwini), individuals exposed to increased environmental illumination reduce their food intake by 15%, provide 40% of the food collected in their shelter, and lose 4.4 g of body weight per night [1].

Finally, light pollution can affect the effectiveness of visual communications and reproductive behaviour. Bioluminescent species, i.e. species capable of producing and emitting their own light, are particularly affected, such as fireflies and glow worms that use light signals to attract their partners. Indeed, when ambient illumination is high, the visibility of these signals is reduced and communications between individuals, and therefore reproduction, can be impaired (Figure 4). This is also the case for non-bioluminescent species. Thus, in amphibians, strong illuminations can inhibit bridal songs. Individuals are then less selective in their choice of partner in order to accelerate mating speed and limit the risk of predation. However, the success of a reproduction depends, among other things, on the proper selection of the partner [1].

In rodents studied in the laboratory, biological rhythms are also modified by light pollution. In addition, light pollution in these animals has been associated with metabolic disorders (glucose intolerance, body weight gain), the genesis of apathetic and depressive behaviours, altered thermoregulation and decreased immune response. In 2016, a study carried out in a small nocturnal primate, the murine microceb (Microcebus murinus), showed that an inhibition of melatonin synthesis could be involved here too [6].

In humans, clinical and epidemiological studies conducted in urban areas and on night work show that light pollution, by altering the day/night cycle, represents a risk to human health [7]. Three mechanisms are advanced to explain how light pollution can affect human health (Figure 5):

These three mechanisms are not mutually exclusive. On the contrary, they are probably closely associated and in the long term, by altering the body’s homeostasis, could lead to the genesis of pathologies in humans. In wildlife, it is likely that the same mechanisms are at work.

At the ecosystem level, light pollution can cause a number of imbalances. In particular, it can modify inter/intra-species competitions, prey/predator balances and the organization of species communities. Indeed, light pollution, by modifying the lighting environment, creates a new ecological niche. However, the strong illumination that characterizes this niche attracts some nocturnal species and repels others. Thus, fast flying bats are able to take advantage of the aggregation of nocturnal insects with streetlights. In particular, for Nilsson’s Serotin (Eptesicus nilssonii), caloric intake is 0.5 kJ/min in peri-urban areas and near streetlights, compared to 0.2 kJ/min in wooded areas. On the other hand, slow-flying bats, which are unsuited to escape from nocturnal raptors, are unable to take advantage of insect aggregations near streetlights. The result is interspecific competition for food, which is at the expense of slow-flying bats. This competition could explain why the number of individuals of fast flying bat species has increased in recent years in Europe while the number of slow-flying species has decreased [1].

In addition, this ecological niche also favours the vision of diurnal species, which can then orient themselves, move around and search for food. These species “colonize”, so to speak, nocturnal habitats exposed to artificial light, compete with nocturnal predators and modify the prey/predator balance. Such behaviours have been observed in spiders, day reptiles and day birds that take advantage of the aggregation of nocturnal insects around streetlights to hunt and the desertion of some nocturnal species to fill a vacant environment. In the opinion of some authors, this desertion from enlightened environments could encourage the colonization of invasive species.

3.2. Impacts on habitat and species selection

Light pollution could also threaten photosensitive species or individuals, i.e. those with low light tolerance. Light pollution could therefore act as a selection factor and modify the diversity of natural populations. However, it should be recalled that 28% of vertebrates and 64.4% of invertebrates are partially or exclusively active at night, i. e. just as many species that are not or only slightly adapted to the strong illuminations of their environment.

Finally, aquatic organisms and plants, which are sensitive to light like animals, are also threatened by light pollution [9].

In conclusion, light pollution is a phenomenon that is not well known but very real and whose extent is constantly increasing. However, this pollution, by altering the natural cycles of light and the illumination of the environment, is likely to modify the behaviour, physiological functions and biological rhythms of living beings. At the individual level, light pollution can affect orientation and modify locomotor, eating, reproductive and communication behaviour between individuals. At the population and ecosystem level, light pollution acts as a selection factor, modifies inter-species competition, prey/predator balances and fragments habitat. Its impact on ecological communities is therefore real. It is also important to limit and reduce light pollution in order to protect the night sky and biodiversity.

To cite this article: LE TALLEC Thomas (2023), What is the ecological impact of light pollution?, Encyclopedia of the Environment, [online ISSN 2555-0950] url : https://www.encyclopedie-environnement.org/en/life/what-is-the-ecological-impact-of-light-pollution/. 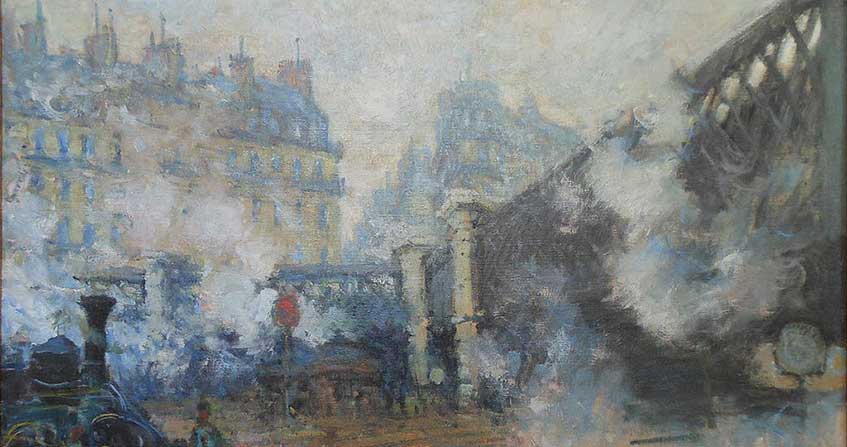 Air pollution is multiple and old. They have consequences not only for human health but…

Pesticides: what the past teaches us

Figure 1. Lake Saint André and the surrounding vineyards (in 2009). The bathymetric map (topographic… 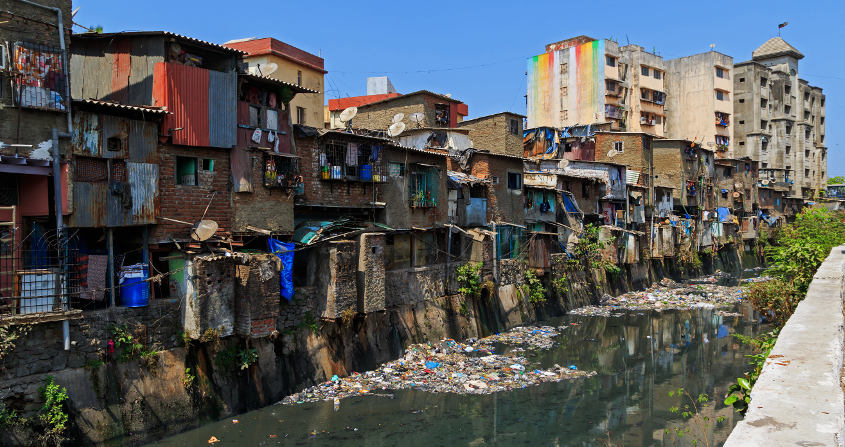 Environmental inequalities are now a terminology that is increasingly used by civil society and politicians.…