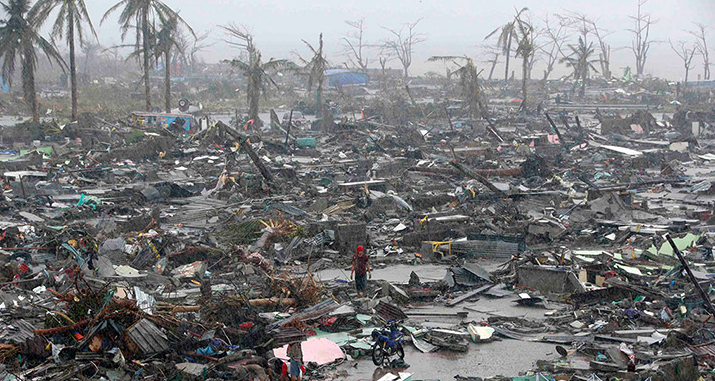 As the ruins of Tacloban in the Philippines show, after the passage of Typhoon Hayan in November 2013, cyclones, together with earthquakes, are the most devastating natural phenomena. Specialized meteorological services monitor them around the world to warn the populations concerned of the associated risks. But we still have to be well prepared for these terrible deadlines.

Every year, cyclones, typhoons and hurricanes affect dozens of countries around the world. Losses of life and material damage are significant due to strong winds, heavy rains, large swells and storm surges. Hazardous phenomena are not only located on islands and coasts. Even mitigated, hurricanes often cause damages inland, through floods and landslides, sometimes hundreds of kilometres from the ocean.

Over the past 50 years, nearly one million people have died in tropical cyclones. The cause is the increase in populations in exposed areas, due to the attraction of the sun in rich countries, population growth elsewhere. In developed countries, the loss of human lives has decreased significantly as a result of improved forecasts. But at the same time, the average cost of devastation has risen sharply. The record is held by Hurricane Katrina, whose passage over New Orleans in August 2005 left a bill of at least €100 billion. In terms of human lives, the most affected regions were Bangladesh with the two hurricanes of November 1970 and April 1991, each claiming more than 200,000 lives, Honduras and Nicaragua with Mitch in October 1998, Burma in 2008 with Nargis ravaging the Irrawaddy Delta, the Philippines with Hayan in 2013, each causing tens of thousands of deaths.

The moisture collected by the wind on the ocean surface condenses to form precipitation. Within a radius of about 100 km around the eye, the accumulated rain amount is about ten centimetres per day, but values five to ten times higher are not uncommon for intense events, and in certain regions such as the eye wall or on mountainous areas. The arrival on land, whose surface is rougher than that of the ocean, causes a slowing of the wind and a strong convergence in the cyclone quadrant that approaches the coast. This makes upward movements more intense, accelerates moisture condensation and increases precipitation. In general, the eyewall weakens quite quickly after landfall. On the other hand, the external bands are more resistant to this transition and are often responsible for heavy rains inland.

Hurricane winds are among the most powerful on Earth. Below the eyewall, they often exceed 200 km/h and can reach 350 km/h. Only tornadoes produce stronger winds, but on smaller scales and for shorter periods of time. The distribution of winds is rarely symmetrical: they are often more intense on the right (resp. left) of the cyclone with respect to its displacement in the northern (resp. southern) hemisphere. When a cyclone passes, debris of all sizes carried by the wind becomes projectiles that hit everything exposed. However, it is not the sustained winds that cause the most damage, but rather variations in intensity and direction that weaken the structures. Variability increases inland as topography generates small-scale (a few kilometers) and locally more intense circulations.

The ocean surface reacts to cyclonic winds by forming a swell whose amplitude can reach ten metres. Its direction changes with the direction of the wind that rotates around the eye and, when the cyclone moves, it generates dangerous cross swells resulting from the superposition of waves generated by winds coming from different directions. When the wind blows at more than 200 km/h, the amount of spray becomes such that a kind of moisture-saturated fog invades the tens of metres above the surface. This buffer zone, between the ocean and the atmosphere, plays an important role in the evolution of intense cyclones, reducing surface friction and limiting energy exchanges between the two environments. In deep waters, the friction caused by wind and central depression leads to a relatively low elevation of the ocean surface, at most a few tens of centimetres. But in the shallow costal waters, this causes a rapid and sharp rise in water level, the “Storm Surge” that breaks out like a tsunami. Its amplitude is maximum on the right (left) of the displacement in the northern hemisphere (south). It is 1 to 2 metres for light cyclones, but it can exceed 10 metres for the most powerful ones. The superposition of the storm surge and the astronomical tide produces the “Storm Tide”. Focusing by bathymetry and reflections from the coast can locally increase the amplitude of this exceptional tide. Depending on the topography of the area, seawater can penetrate inland for several tens of kilometres.

WMO has allocated responsibility for cyclone monitoring and forecasting. Five ” Regional Specialized Meteorological Centres” (RSMCs) provide trajectory and intensity forecasts in their areas of responsibility. The RSMC of Miami (United States of America) is in charge of the North Atlantic and the eastern North Pacific; the one of Reunion Island, under the responsibility of Météo-France, monitors the events in the southwestern Indian Ocean; New Delhi (India) focuses on those in the Arabian Sea and Bay of Bengal; Tokyo (Japan) follows typhoons in the western North Pacific; disturbances in the southwest Pacific are under the control of Nandi (Fiji) and those in the central North Pacific are followed by Honolulu in Hawaii. Surveillance of the southeast Indian ocean and northern Australia is spread over several centres in Australia, Indonesia and Papua New Guinea. A name is assigned by the appropriate RSMC to any disturbance that reaches tropical storm status. Names – most often alternately male and female first names – are taken from pre-established and regularly updated lists, removing those of the most devastating cyclones.

Predicting the trajectory and evolution of cyclones is the main task of the CMRS. Thanks to improved observations and numerical models, the average statistical error has decreased by about 1% per year in recent decades. The uncertainty about the position of the centre of a cyclone, derived from satellite images, is a few tens of kilometres. With regard to forecasts, uncertainty is increasing by about 100 kilometres per day of the forecast period. The position of a cyclone at 24, 48 or 72 hours is therefore only expected within margins of about 100, 200 or 300 kilometres. These are only average values and the reliability of forecasts varies according to cyclones and their environment. In addition, a few large errors often have a much stronger impact on the public than the more correct forecasts. It is difficult to predict slower and more erratic trajectories. Progress in predicting the intensity of cyclones – wind strength, amount of precipitation, wave and tidal amplitude – is more limited due to the complexity of internal processes and interactions with the environment.

Cyclone monitoring is probably the area where weather forecasting has the most significant economic and social consequences. A crucial aspect concerns the transmission of meteorological information (observed state of the cyclone, expected trajectory and evolution) to the security authorities and the public. Warning procedures must have been well defined in advance, including the different levels leading to graduated reactions from the authorities and the population. The interruption of economic and civil activities, the accommodation of displaced persons, the provision of emergency relief and the subsequent restoration of services are major operations in terms of cost and social impact. It is therefore necessary to avoid both the underestimation of risks with potentially dramatic consequences and the overestimation of warnings that erodes the confidence that populations and officials have in forecasts. Several French overseas departments and territories are exposed to cyclonic risk: Guadeloupe and Martinique in the West Indies, Reunion Island in the Indian Ocean, New Caledonia and Polynesia in the Pacific. On these islands, it is not possible to evacuate populations far from threatened areas. The focus is on the protection of people and property. The “Specialised Cyclone Emergency Plan” defines the responsibilities in terms of information and mobilisation of specialised services. Its implementation is decided and managed by the State representative (prefect in the departments, high commissioner in the territories) on the basis of observations and forecasts from the local Météo-France office.

After a hurricane event, devastation requires rapid action and significant state support, which is only possible with some effectiveness in developed countries. Elsewhere, the scars left by a cyclone can last for years. The considerable damage that must be reimbursed can put insurance companies in difficult situations. Given the scale of the claims (hundreds of millions to tens of billions euros), these companies also reinsure themselves with other companies. Through a game of financial dominoes, the passage of a cyclone over a tropical country can trigger economic storms in the quieter markets of London, Zurich, New York or Tokyo. 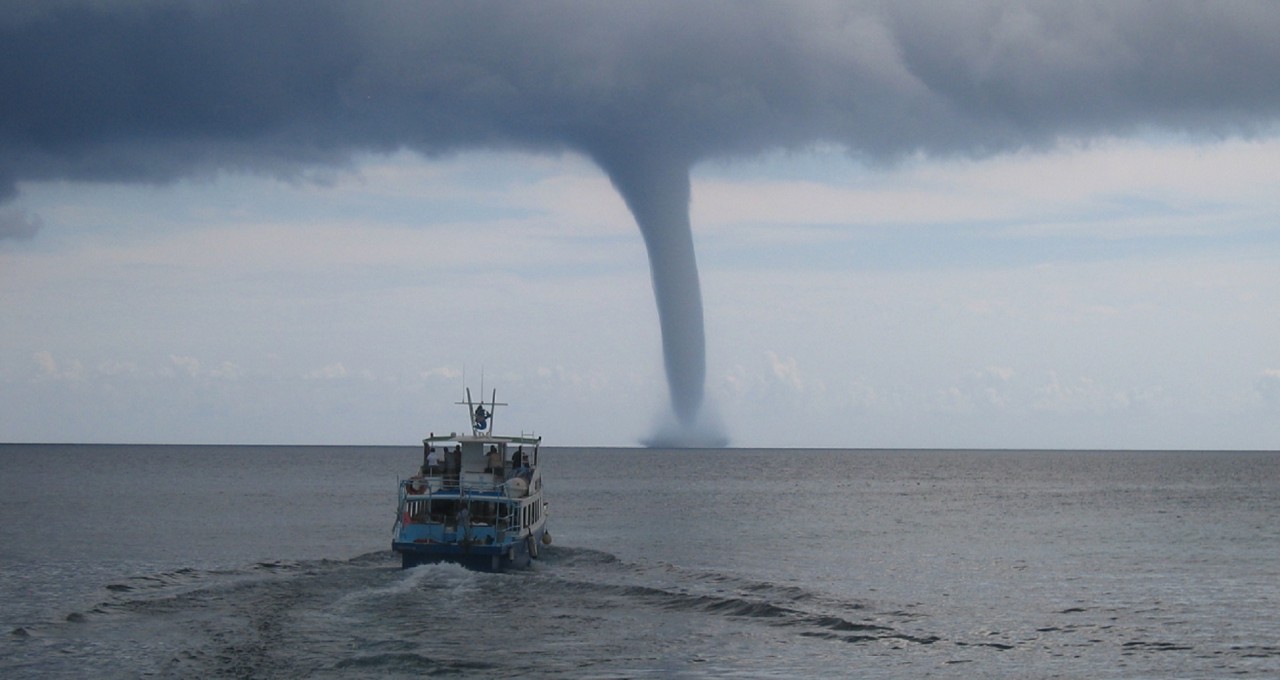 The strongest winds on Earth are due to tornadoes, causing devastation unmatched by any other… 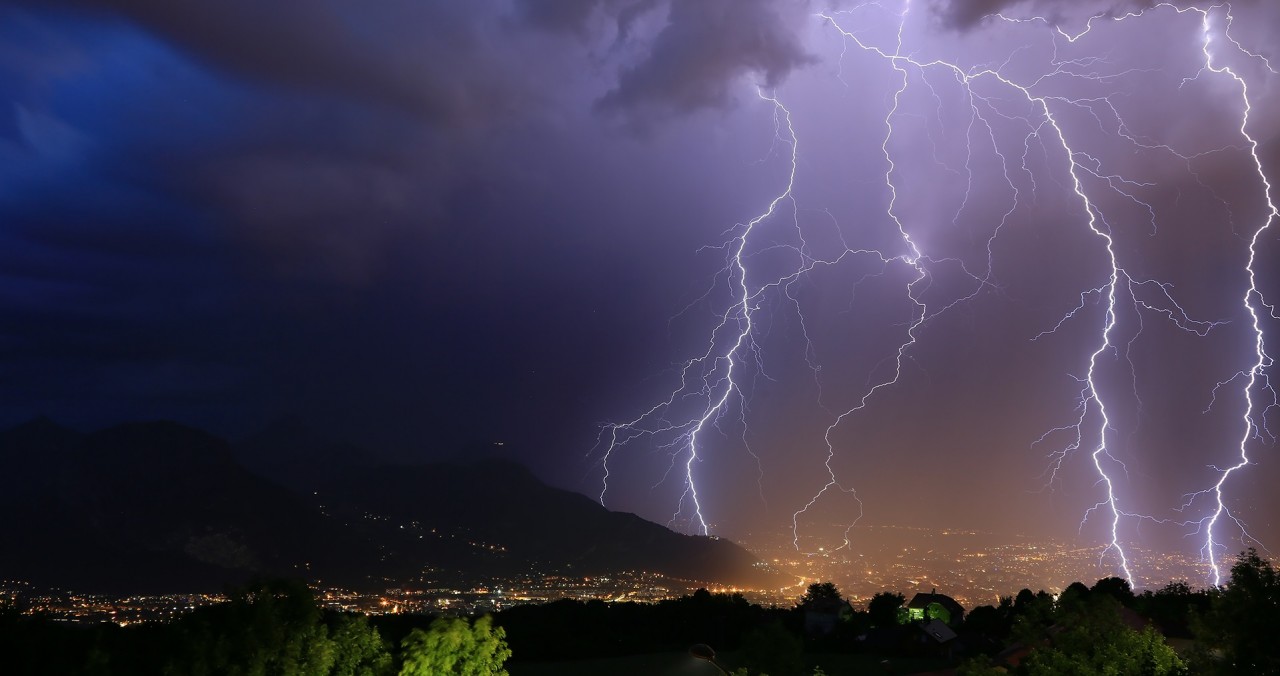 Thunderstorms: electricity in the air

Thunderstorms are made up of clouds called cumulonimbus. A combination of phenomena (updraft of moist… 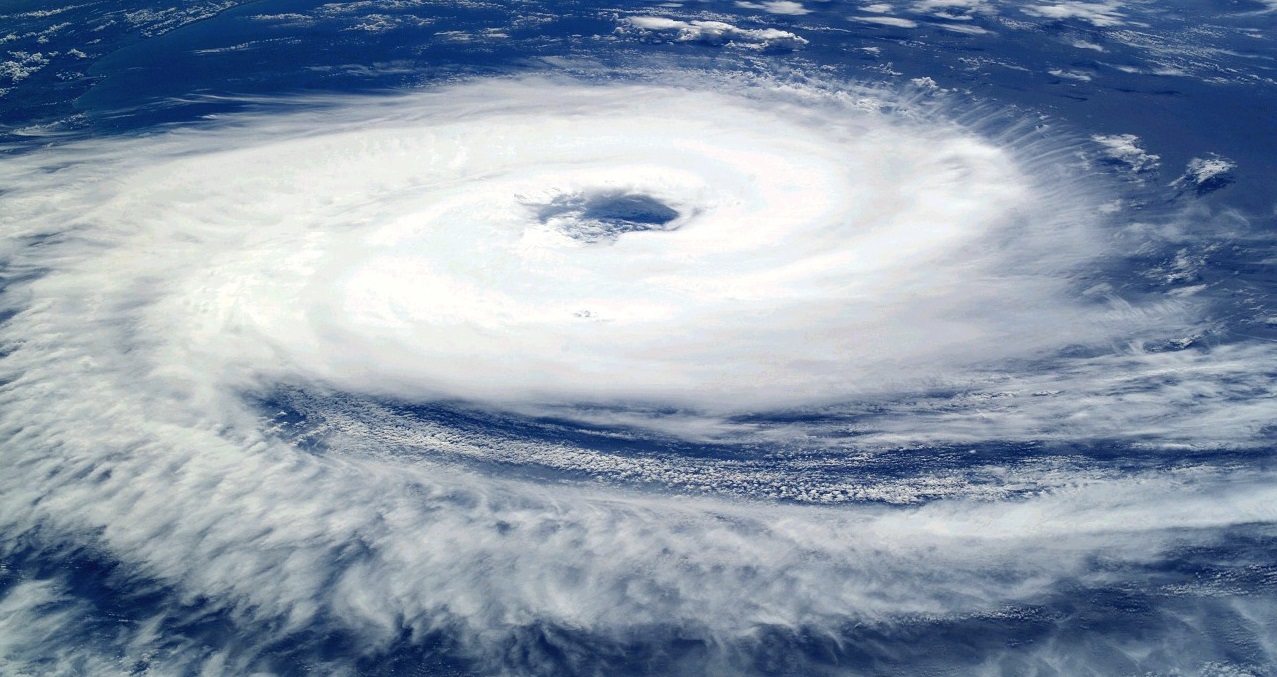