Home » Life » Genetics and biodiversity » Epigenetics: the genome and its environment 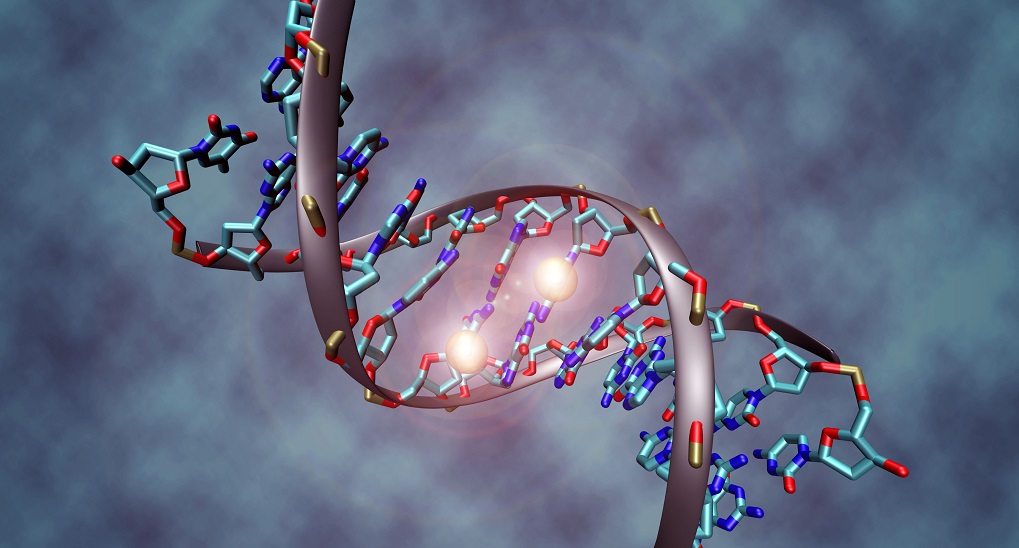 Modern biology is discovering so-called “epigenetic” mechanisms that allow the genome to modulate its functioning without modifying the information contained in the genes themselves. Knowledge of these mechanisms makes it possible to better understand the impact of the environment on cell function, to better understand diseases and to consider innovative therapeutic approaches (see also Epigenetics: How the environment influences our genes).

One of the main characteristics of living organisms is their ability to reproduce. Reproduction refers to the transmission to the offspring of all the information necessary for life, its maintenance and its future retransmission. We now know that this information is stored in the genomeGenetic material of a living organism. It contains genetic information encoding proteins. In most organisms, the genome corresponds to DNA. However, in some viruses called retroviruses (e.g. HIV), the genetic material is RNA.. After reproduction, the genome inherited from the parents directs the formation of a new organism. The information conveyed by the genome is stable. It adapts to unexpected changes only by following processes of alteration and random gene selection (see The Genome between stability and variability & Genetic polymorphism and variation), which may occur over a considerable time scale or never succeed.

In recent years, the media has made the term “epigenetics” known to the general public. A term often defined as information that is not directly genetic, transmissible to offspring and responsible for phenotypesAll the observable characteristics or traits of an individual (anatomical, physiological, molecular, behavioural, etc.). that can be measured.

Like genetics, epigenetics studies molecular systems that store, convey and express information governing living organisms. To fully understand epigenetics and genetics, it is first necessary to understand the close interconnection between the information and the result of its expression. All life forms are the result of the expression of information that drives the construction of various organized molecular systems that ensure life, its maintenance and transmission.

Most of this information is carried by a molecule in the form of a long chain, DNAAbbreviation for deoxyribonucleic acid. A macromolecule composed of nucleotide monomers formed of a nitrogenous base (adenine, cytosine, guanine or thymine) linked to deoxyribose, itself linked to a phosphate group. It is a nucleic acid, like ribonucleic acid (RNA). Present in all cells and in many viruses, DNA contains genetic information, called genome, that enables the development, functioning and reproduction of living beings. The DNA molecules of living cells are formed by two antiparallel strands wrapped around each other to form a double helix.. It is a succession of four basic units, codified by the letters A, G, C and T. Along the DNA, this information is stored in the genes and together they define the genome (Figure 1). Within genes, a combination of three of these letters identifies an amino acid whose succession gives rise to proteins.

As life is a complex phenomenon, it also depends on very complex interactions between its constituent elements encoded by genes. These genes must therefore not only be able to express themselves in a regulated way in time and space, but also coordinate their actions. They must also adapt their operations to a constantly changing environment. In addition, like all organized systems, cells need energy, which is also closely connected to the environment.

The communication of genes between themselves, with their environment and the sources of energy and matter, allows the coherence of the entire cellular system and the expression of life.

Genes operate continuously in a programmed and programmable manner. In response to the various stimuli, they allow the establishment and maintenance of all cellular structures and make them dynamic and adaptable. Coded by certain genes, specific molecular regulators ensure appropriate expression of the genome in response to various internal or external stimuli.

There is a second level of information of a less comprehensible nature than that carried by the genetic code, which instructs and controls the functioning of genes in a more or less stable manner and possibly transmissible to the offspring. Essentially, this information is directly associated with DNA either in the form of chemical modifications of DNA or with proteins: histonesBasic proteins that combine with DNA to form the basic structure of chromatin. Histones play an important role in DNA packaging and folding..

Histones allow the long DNA chain (Figure 1) to be packaged in a small volume such as that of the nucleus of eukaryotic organisms. They also allow the storage of information related to the regulation of gene expression.

The nature and degree of gene packaging determines their ability to be expressed or to remain silent. The chemical modifications of these histones and their nature carry information, read in time, that modifies the expression of the underlying or remote genes.

These chemical modifications are reversible thanks to specific enzymes. These enzymes place or remove these modifications and thus establish or modify the instructions given to genes, thus modulating their expression.

These chemical modifications can therefore be considered as molecular markers, recognized by machinery that controls access to genes. A series of instructions keeps the DNA buried in the histones and not accessible. Other instructions, on the contrary, make genes visible to the elements that regulate their expression.

3. Epigenome and stability of genome function

All these modifications define the epigenomeAll the modifications that occur in the regulation of a cell’s genes. which corresponds to a significant part of the epigenetic information carried by the cell. Functionally, the epigenome participates, among other things, in the definition of cellular identity by ensuring the specific expression of genes in each cell type and in the different tissues that constitute us. For example, the human organism has nearly 200 different types of cells. The different nature of these cells can be explained by a differential expression of genes present in all cells. Although research continues on the mechanisms that drive these cellular differentiations, we know that gene expression remains stable in fully differentiated cells and is well resistant to change. It is a very important security system because the identity of each cell depends on it… and therefore the proper functioning of the organism.

This resistance to change is largely based on the stability of epigenetic information associated with genes. It is partly for this reason that the reprogramming of adult cells into stem cellsUndifferentiated cells capable of generating specialized cells by cell differentiation. They can be maintained by proliferation in the body or indefinitely in culture. Stem cells are present in all multicellular living beings…, i.e. de-differentiation, remains ineffective… even following the process discovered by the 2012 Nobel Prize winner, Shinya Yamanaka. This discovery shows that differentiated cells can be reversed. How? By using direct regulatory factors for gene expression that are normally active in stem cells, but not in differentiated cells. Research by Yamanaka and others shows that this reprogramming works on only a negligible fraction of cells. The vast majority of cells escape the action of these factors.

In question? The stability of epigenetic information that prevents the change of the gene expression program. This same stability protects us from genome dysfunction and the occurrence of serious diseases such as cancer.

All the enzymes involved in the chemical changes of DNA, histones and other regulatory proteins use molecules from the cell metabolism All the biochemical reactions that take place within a cell to allow the body to maintain itself alive, reproduce, develop and respond to its environment. To achieve these changes. As for the enzymes that remove these changes, they may depend on or be sensitive to molecules produced by metabolism.

The so-called “epigenetic” enzymes therefore directly link cellular metabolism and gene expression control. In fact, the information put in place by these enzymes impacts gene expression in a more or less stable way, reflecting the metabolic state of the cells. In other words, the state of cellular metabolism largely determines the instruction given to cellular machinery to express genes or not. Metabolism is therefore the key component of the communication system between the genome and the environment. Through metabolism, environmental changes can therefore impact gene expression. This point is a central element. Diet, physical effort or sedentary life, diseases, aging…: everything that influences metabolism can modify the expression of our genes.

Many experimental results using various model organisms such as yeast, Arabidopsis plant, Drosophila fly, C. elegans worm or mouse, show that a diet or simply the experience of a particular stress or conditioning can influence offspring, without changing their DNA. However, the precise mechanisms of this phenomenon are still elusive. Among other examples, the bee is interesting in its development and the phenotypes expressed are strongly influenced by its food.

These discoveries reveal critical aspects of the regulation of cell life and organisms. They also open up considerable fields of application in biotechnology and human health… and even in sociology.

The direct connection between epigenetic mechanisms and the environment makes it possible to identify environmental disrupters that can influence gene function. The effects of these disturbances can also be determined. With regard to pathologies, it is possible to modify the state of gene expression to move cells away from the pathological and pathogenic state and/or to make them more receptive to targeted or generalist treatments.

The reprogramming of cells has immense applications in regenerative medicine and biotechnology. Understanding these epigenetic mechanisms also makes cell reprogramming much more effective. The result is many potential applications for medicine, agriculture and related industries.

In addition, the pharmaceutical industries have realized that a new field of applications is opening up to develop many new drugs. Indeed, the epigenetic “tags” educating the genome are the result of dozens of enzymatic activities. Small molecules regulating these enzymes can therefore be used to change the nature of these instructions and thus modify the state of gene expression. Other molecules can modify the recognition of these “beacons” by cellular machinery and therefore also modify the instructions given to genes.

These various natural or synthetic molecules should make it possible to act at different levels on gene expression. This prospect of the emergence of new drugs covers a wide range of diseases. For cancer, the first generations of so-called “epigenetic” drugs are already being used in clinical or patient trials.

This knowledge of epigenetics also defines the basis for good lifestyle practice and can improve public health in general and is therefore of considerable societal and political importance. A thorough knowledge of the impact of food, air and water quality and lifestyle on the state of gene expression provides the opportunity to rationalize the management of your environment, food and lifestyle to optimize your well-being.

Economically, the impact of this new knowledge is immense because not only the pharmaceutical industry but also the world of biotechnology and the agri-food industry are directly concerned.

In conclusion, by providing us with an understanding of the interface between the environment and the genome, epigenetics is at the heart of a major scientific, political and economic revolution.

Politicians must realize these challenges. And that our universities are committed to training our future researchers in this field. This is a new challenge of modern times: seizing this opportunity can have important consequences on our position in the world to come.

To cite this article: KHOCHBIN Saadi (2023), Epigenetics: the genome and its environment, Encyclopedia of the Environment, [online ISSN 2555-0950] url : https://www.encyclopedie-environnement.org/en/life/epigenetics-genome-and-its-environment/. 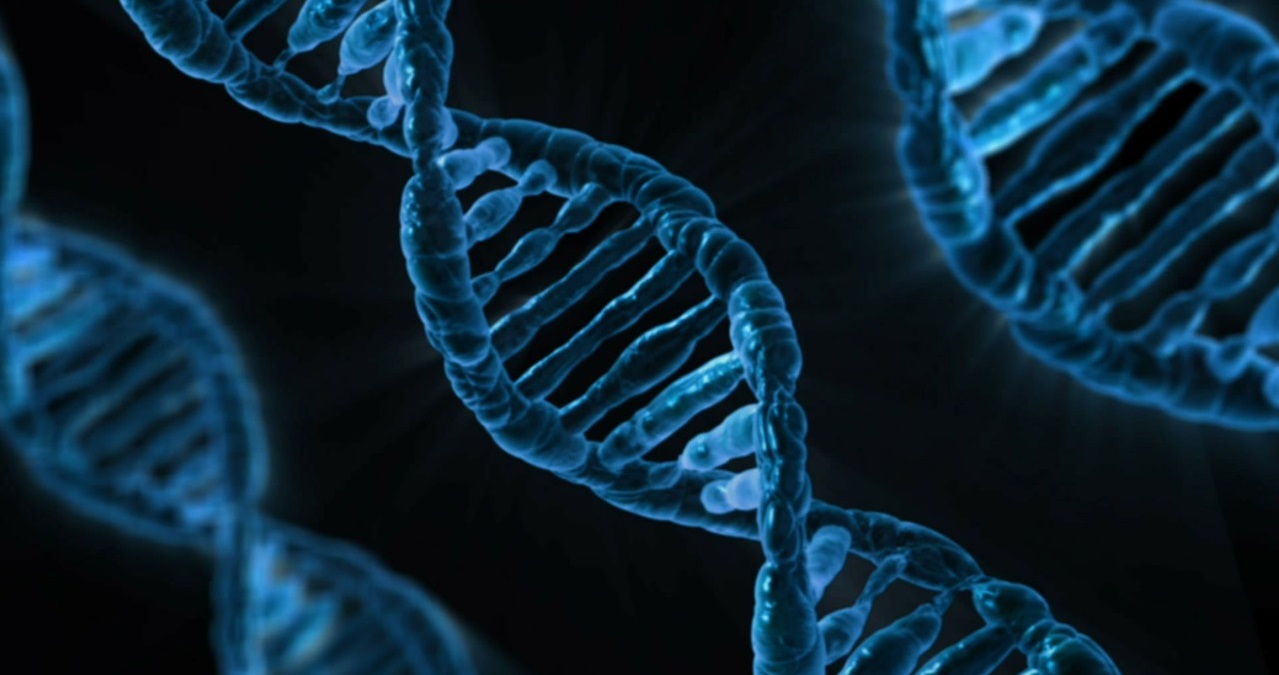 The genome between stability and variability

The genome of living beings is permanently affected by anomalies, due to accidental errors or… 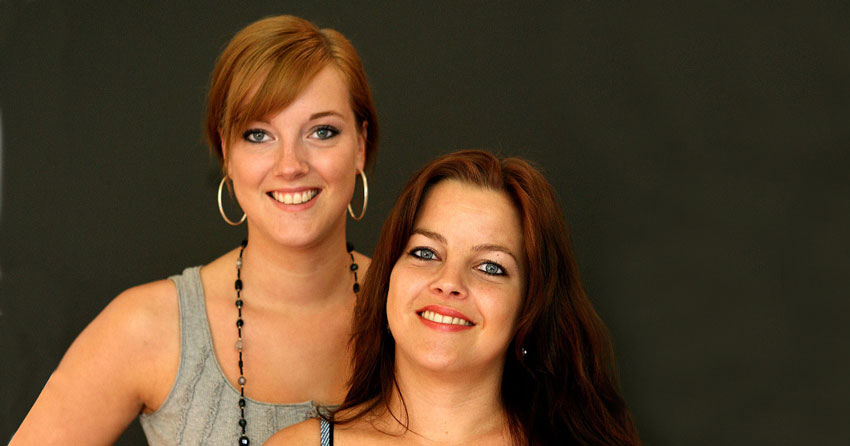 Epigenetics: How the environment influences our genes

Our environment influences our genome through the so-called epigenetic modifications. For example, with identical genetic…