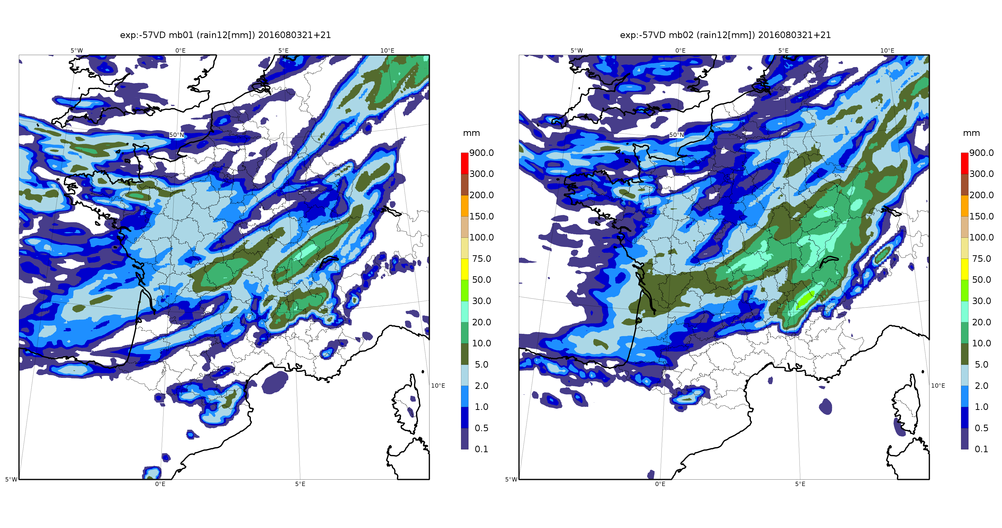 Ensemble forecasting is the tool used to make probabilistic weather forecasts. It is both an alternative and a complement to deterministic weather forecasting that has become essential. It consists of simulating by random drawing the errors made when calculating a numerical weather forecast to arrive at the most probable evolution. These unavoidable errors may result from inaccuracies in the values used to characterize the initial state of the atmosphere, or from approximations made in the equations, or from accepted uncertainties in modelling conditions at the land/air or sea/air interfaces.

1. Interest and principle of ensemble forecasting

Based on observations, a model (for example, a numerical weather prediction model, NWP) (see Introduction to Weather Forecasting) can be used to simulate the evolution of a real system (here, the atmosphere). This produces the best possible estimate of the future, called a deterministic forecast: the best data are then used to make a single forecast. Everyone can see that in practice, this forecast is often imprecise, due to the lack of initial observations, their errors, and the approximations made during the numerical simulation. In addition, weather forecast errors frequently increase due to the chaotic nature of the atmosphere: it is the butterfly effect, whereby a small error in the data or model can make the forecast completely wrong a few hours or a few days later. For a forecast to be useful, it must be better than a trivial forecast, less costly to obtain, for example a weather report that would simply state seasonal normals as a forecast. The time scale beyond which we generally do not know how to make a useful forecast is called the predictability horizon. This horizon is currently, on average, a few minutes for a shower, a few hours for a storm, a few days for a depression or cyclone, a few weeks for a cold or heat wave, a few months for a tropical climate anomaly such as El Niño.

This horizon, and more generally the quality of the forecasts, are highly variable in space and time. It is therefore interesting to know precisely how much confidence one can have in each of the aspects of a forecast: this is the objective of probabilistic forecasting, where a range of possible forecasts is produced. Since it would be numerically very expensive to calculate all possible alternatives, the problem is approximated by replacing the calculation of a deterministic forecast with that of a few randomly disturbed numerical forecasts: this is the ensemble forecast. These forecasts are made in real time, as would a deterministic forecast. If we have n forecasts (called members), all their forecasts for a given meteorological parameter x (for example, the wind speed at a given point at a given time) are made up of n values, which mathematically constitute a discrete sample of the probability density [1] of x, taking into account the data available at the time the forecast was run. Section 3 shows that ensemble forecasting produces not only parameter probabilities, but also a full range of meteorological scenarios, physically coherent in space and time. It is therefore a very rich source of information, the proper use of which is a challenge in its own right.

The notion of predictability horizon has been popularized in meteorology by Lorentz [2], whose explanation of the chaotic processes involved by the image of the butterfly effect has left its mark on the general public. The first real-time operational ensemble forecasts are due to Toth and Kalnay [3], using the American meteorological model. Since then, ensemble prediction technology has been perfected and applied in all major weather services (Leutbecher and Palmer [4]), both for the prediction itself and for data assimilation. It has also spread to other sectors, such as numerical simulation for industry, finance, hydrology, seasonal forecasting [5] (see The Seasonal Forecast), etc.

From an operational point of view, making an overall forecast consists in executing a numerical prediction software n times, disturbing by random numbers its input data as well as the calculations of the software itself. These disturbances should ideally reflect the distribution of our uncertainties over all these data (e.g. observational errors) and calculations (e.g. meteorological processes that are known to be poorly modelled, such as ocean surface flows). This makes it possible to simulate different possible evolutions of all these errors within the forecast model and their impacts on the predicted parameters. Parameters affected by large errors, or by a chaotic amplification of disturbances, will have more scattered forecasts than parameters whose prediction remains stable despite disturbances: the dispersion of ensemble forecasts thus provides us with information on the predictability of phenomena simulated by the numerical model (Figure 1).

2. How to disrupt a weather forecast?

In practice, only some key aspects of numerical prediction systems are disrupted because our knowledge of the sources of errors is very limited. In the current state of the art, the disturbances concern:

3. From ensemble forecasting to applications

4. What is an ensemble forecast worth?

If rain was forecast with a probability of 50% and it does not rain, was the forecast good or bad? On an isolated case, it is impossible to answer: a probabilistic forecast is never intrinsically good or bad. To assess its quality, it is necessary to carry out statistics on a forecasting history, which can be problematic for the study of rare phenomena. As mentioned above, the very use of an ensemble forecast depends on the user, in particular on his tolerance for false alarms. To take the example of the previous section, a user interested in storm probability forecasts of 25% (adapted for example to the organization of a picnic) will have a very different perception of the performance of a forecasting system than a user who is looking for probabilities of 80% (such as a tornado hunter). These two factors (need for long statistics, and diversity of users) explain why the quality measurements of ensemble forecasts are made with rather complex mathematical tools. By simplifying, we can distinguish 3 main categories of quality measures from forecasts that are relevant for ensemble forecasts:

A fourth obstacle that any forecasting system must overcome is the understanding of information by users. Although the current ensemble forecasts are far from perfect, they contain a very high decision value for many uses. Unfortunately, they often suffer from misunderstanding on the part of users, who often prefer more rudimentary but easy-to-understand forecasting tools. The greatest current challenge in ensemble forecasting will be the development of automated processing of the information produced by ensembles, in order to present it in a form that is both intelligible and as accurate as possible.

[1] Probability density is a function that mathematically describes the range of possible values that a parameter can take.

[6] Correlations of a noise measure the relationship between its value at one point, and its values at neighbouring points.

[8] Climatology refers to the statistical distribution of weather situations observed in the past. 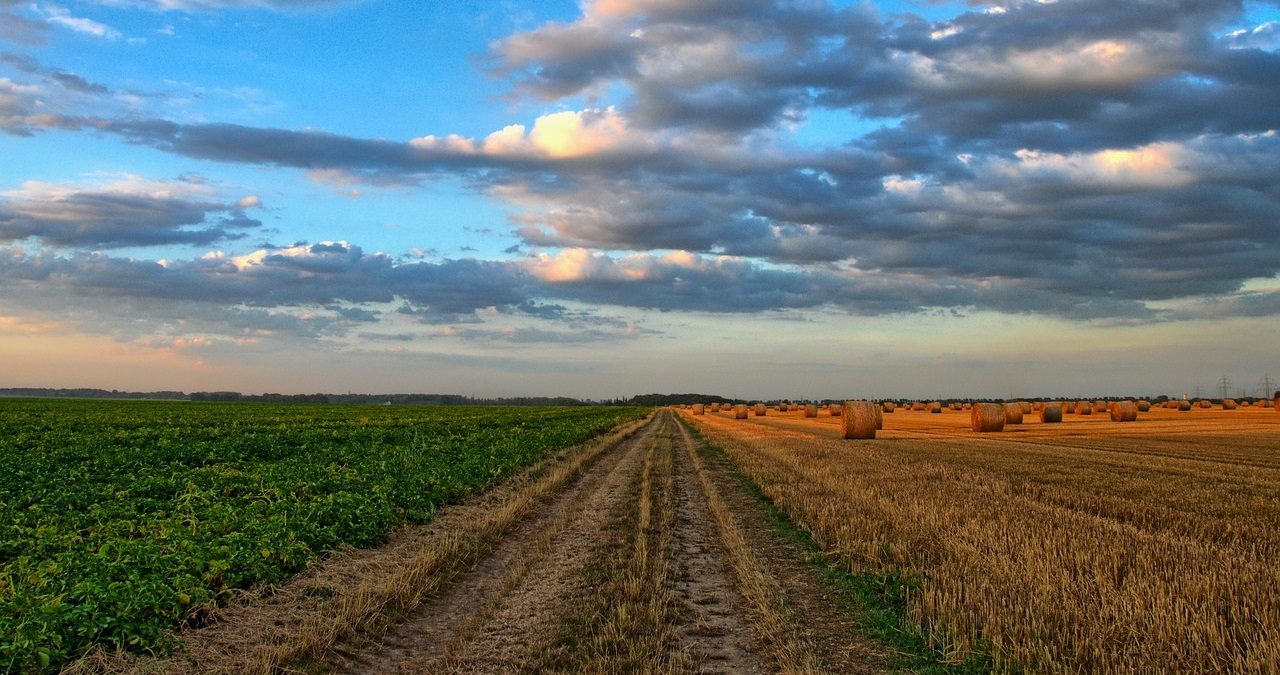