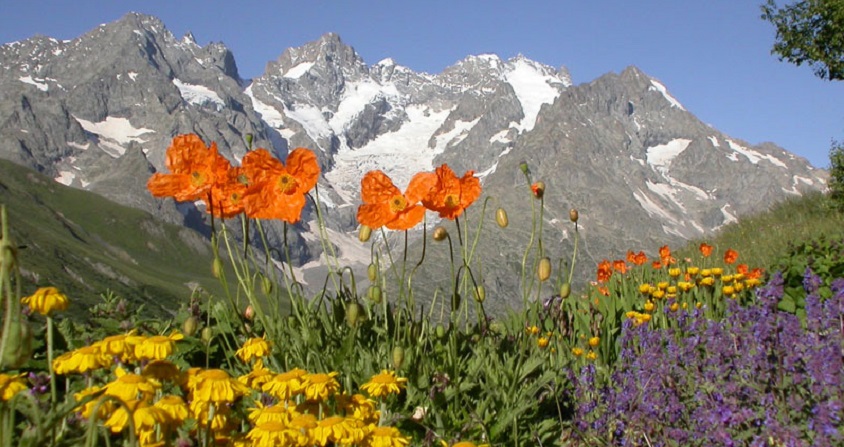 “Alpine” environments are environments which are found above the natural limit of the forest, in the absence of human intervention, in any part of the world: Alps, Andes Cordillera, Himalayas, New Zealand… These cold environments are often characterized by a very short growing season, with few sites suitable for seed establishment, difficult pollination due to the rarity of insects and violent winds as well as high interannual variability of climatic conditions.

Two main strategies allow alpine plants to persist, generation after generation: maintaining sexual reproduction or the use of vegetative reproduction.

Sexual reproduction is a source of genetic diversity that allows animal and plant populations to cope with fluctuations in their environment. In plants, it involves the production of flowers, their pollination, the maturation of seeds and their dissemination and germination, all of which are often hazardous stages in alpine areas. Several strategies can be used to overcome environmental constraints.

The Alpine flora has less than 2% of annual alpine plantsPlants that complete their life cycle over a year. [1] (Figure 1) which depend exclusively on the success of sexual reproduction and therefore on the environment. Even if seeds are produced on time, they require new sites for germination, often limited due to the presence of bedrock (rocky areas, screes) and the presence of other species. On the contrary, perennial species can wait for favourable conditions to reproduce (Figure 2). In contrast, in arid and Mediterranean alpine biotopesLiving places with relatively uniform determined physical and chemical characteristics. This environment is home to a set of life forms that make up biocenosis: flora, fauna, micro-organisms. The biotope and the biocenosis it supports form an ecosystem., annual plants are more widespread [2]. The seeds then represent a form of resistance.

Some species spread seed maturation over several years, or preform flowers in the year before flowering. This allows the flowers to bloom as soon as conditions are favourable. This is the case, for example, of the glacier buttercup (Figure 3), a species that breaks altitude records in the Alps (up to more than 4000 m in Switzerland) and the alpine rose (Figure 3), whose large autumn buds contain all the flowers, allowing it to flower as soon as the snow melts.

In mountains species, flowering period and blooming duration increases with altitude, which compensates for the relative rarity of pollinators. For example, the annual plant Chaetanthera pusilla (Figure 4), which grows between 2200 and 3500 m above sea level in the Andes, produces many inflorescencesGrouping flowers on the same base. that open one after the other. In addition, each flower head is receptiveCharacterizes the state of a flower or inflorescence likely to be fertilized by pollen from outside. almost twice longer at high altitude than at low altitude: from 7.7 days at 2700 m to 13.4 days at 3500 m [2].

Flowers are said to be more colourful at higher elevations to attract pollinators more effectively (Figure 5). In fact, there is no significant increase in colour, size or other characteristics associated with insect attraction [3]. The mountains of New Zealand are a remarkable example: the vast majority of species have white flowers (Figure 6).

To avoid the hazards of sexual reproduction, many alpine plants use vegetative reproductionMode of multiplication allowing plant organisms to multiply without sexual reproduction. It generates new individuals with the same genome and which are therefore clones, we also speak of clonal reproduction.. This is not a specificity of mountain plants; however, the proportion of alpine plants using this reproductive strategy increases with altitude [1]. All vegetative reproduction modes are present in alpine plants: production of rhizomesAn underground stem that carries leaf and root buds. A rhizome can be horizontal and more or less close to the surface, such as the iris, or much deeper, such as the bindweed. or stolonsA creeping stem from the base of the main stem of a plant with leaf and root buds that will become a new plant. This is the case with strawberries formed by the development of an underground bud, the drageon allows a natural propagation of the plant which will thus be reproduced in the same way., formation of dense tufts, stuckers, reproduction by layeringRoots development on a buried branch that allows the production of a new individual. but also viviparityMode of reproduction where seed germination occurs while they are still in the fruit attached to the mother plant. and apomixisProduction of seeds identical to the mother plant without fertilization. Apomixis transmits somatic mutations (mutations occurring in a non-germinal cell), thus allowing the creation of diversity..

They allow to explore the surroundings, for example to settle between the stones of the screes. Figure 7 presents the example of the creeping avens which uses clonal reproduction by aerial runners, which will explore shale screes and produce rametsNatural or artificial clones of a plant multiplied by cuttings. (see Figure 7) that settle between the stones and individualize from the mother plant once the runner is destroyed.

These types of vegetative reproduction allow a dense space occupancy which has two important consequences on alpine ecosystems: the stabilization of steep soils and the creation of a favourable microclimate in terms of both temperature and humidity. For example, the ciliate bellflower, which forms a compact, slow-growing tuft, is an example of a plant that reproduces by suckering (Figure 8). The Alpine sedge (Figure 8) is an example of a tussock plant. It dominates in many lawns in the mountains of temperate Europe. Recent studies using genotyping methodsLaboratory techniques, such as whole genome sequencing, that classify and compare sequences. (see “DNA Barcode“) have confirmed the genetic similarity of ramets present within the same tuft. Based on an average annual increase of 0.4 mm per year, the age of a clone with 7000 ramets has been estimated at about 2000 years [4]!

In the case of layering, rooting occurs when branches come in contact with the soil as shown in Figure 9 in the thyme-leaved willow. Short bushes of alpine rose (rhododendron moors) or willows can shelter several genets (genetic individuals), each made up of dozens of ramets, all forming a somewhat impenetrable canopy. Only a genetic analysis can allow to distinguish the different genets.

Viviparity, for example through the production of bulbils that begin to develop on the mother plant, and apomixis ensure dispersion over greater distances. Figure 10 shows the inflorescence of the ‎alpine bistort (Polygonum viviparum L., Polygonaceae), illustrating the combination on the same floral stem of sexually reproducing flowers and bulbils produced by asexual reproduction. Since the stem length available for flowers and bulbils is constant, the proportion of bulbils increases with altitude and latitude. In other words, clonal reproduction is more important when living conditions become more difficult [1].

3. How do plants deal with environmental change?

With their multiple modes of reproduction, alpine plants are adapted to their environment. These modes of reproduction are very effective both for the stability of the environment and for the maintenance of genetic diversity. This genetic diversity may be an opportunity for the alpine flora, which is currently facing major climate change, with a temperature increase expected during this century ranging from 2 to 8°C. This warming, which is very rapid compared to temperature fluctuations during the alternating series of glacial and interglacial periods, will lead to an upslope displacement of vegetation belts and will reduce the sites favourable to alpine flora. 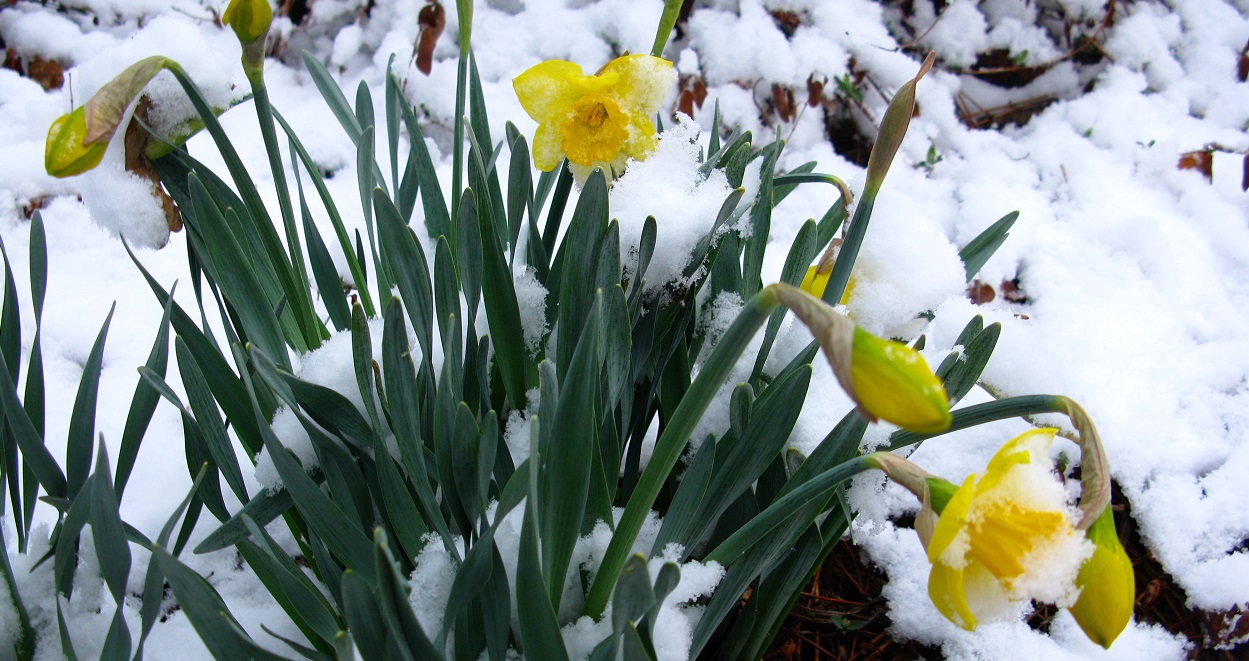 The fixed life of plants and its constraints

Plants are fixed to the soil by their roots, which supply them with water and… 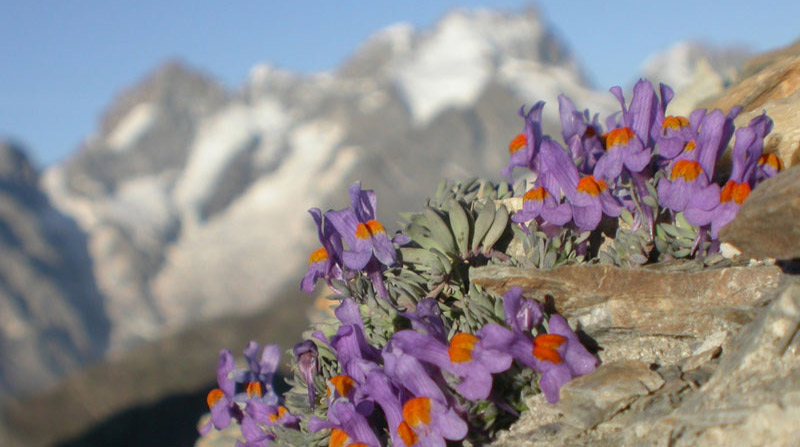 How do plants cope with alpine stress?

At high altitudes, plants can be subjected to strong constraints: high light and UV radiation,…