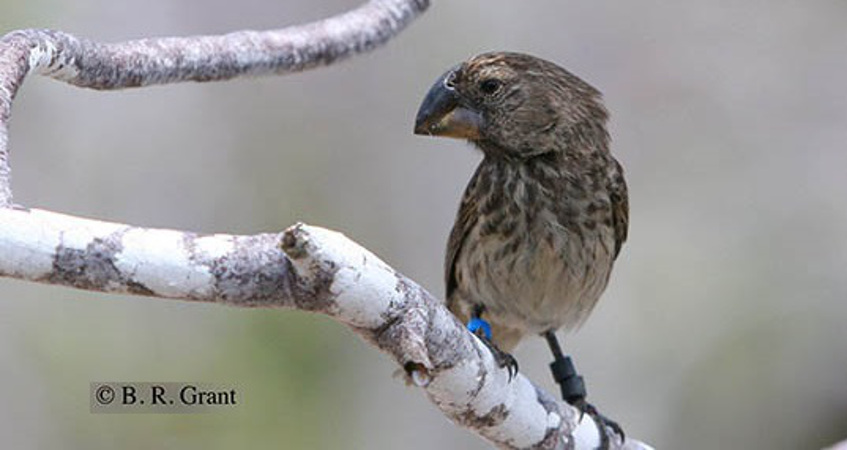 Modern evolutionary theory, based on Darwin’s work, constitutes a profound mental revolution for our representation of the world for at least two reasons. On the one hand, some of its concepts, such as the random nature of genetic variations, although abundantly proven by experimentation, are counter-intuitive and therefore difficult to assimilate mentally. On the other hand, its materialism offends our minds shaped by centuries of religious thought and anthropocentrism to the point of provoking passionate rejection. Especially since, even among non-believers, this religious thought often finds its extension in a mythological and very idyllic vision of “Mother Nature”, at the opposite of any reality. Even among scientific authors or philosophers who claim to be evolutionists, the strength of the qualifiers they use to describe Darwinism clearly expresses the extent of these resistances.

The basic mechanisms of biological evolution, discovered by Darwin (see focus on Darwin), have been enriched by more than a century of research to form the modern theory of evolution. However, this continues to pose serious problems of understanding, and even to create reluctance that may even go so far as to reject the very idea of evolution. These attitudes are found even among scientists, including biologists. Yet in everyday life, there is constant reference to the evolutionary process, especially when it comes to the resistance of pathogenic bacteria to antibiotics, insects to insecticides, or plants to herbicides. But it must be assumed that the mechanisms of this process remain obscure for many people, as confirmed by sociological surveys.

After his five-year trip around the world, which led him to reflect on the origin of the species, Charles Darwin became very interested in the practices of breeders. He had observed that the hereditary variations appeared “spontaneously and accidentally” and that they were not adaptive variations induced by the environment as Lamarck had assumed before him (see below). But, at the very beginning, Darwin did not see what, in nature, could play a role equivalent to the selection practiced by the breeder. The spark occurred in October 1838, reading Malthus assumption that the reproduction of living species was far too important in relation to the amount of food available. In his autobiography, Darwin writes: «[…] being well prepared to appreciate the struggle for existence which everywhere goes on from long-continued observation of the habits of animals and plants, it at once struck me that under these circumstances favourable variations would tend to be preserved, and unfavourable ones to be destroyed. The result of this would be the formation of new species. Here then I had at last got a theory by which to work…» [1].

Thus the central core of his theory was set up in his mind: the tandem “fortuitous hereditary variations + natural selection”. Variations being the material from which selection, as the real “engine” of evolution, constantly adapts a population to its surrounding environment, until it modifies the species. Even if he had understood that other factors, including sex selection and isolationMechanism preventing, or severely limiting, the hybridization of two species living in the same region, even when they are closely related. There are also mechanisms that act as barriers to mating or fertilization and those that, after fertilization, reduce the viability or fertility of fertilized eggs or hybrid individuals derived from them., were also involved (see Genetic polymorphism & selection).

As for the origin of these hereditary variations, it was a great enigma for him. At that time, there was no scientific knowledge to answer them. It was only with the birth of genetics and the discovery of mutations that the mystery was solved (see Genetic polymorphism & variation). It was then possible to develop, in the middle of the 20th century, the “Synthetic Theory of Evolution” or “Neo-Darwinism“.

Since then, numerous studies have confirmed the reality of this theory. Among the most recent, those by Peter and Rosemarie Grant on the Darwin’s famous Galapagos finches (Figure 1) show two main things:

«(a) the high genetic variability of ecologically important traits, such as beak and body shape, in natural populations; (b) the speed with which the characteristics of these populations can change. These discoveries were both an extraordinary surprise for evolutionary biologists. “» [2] (see focus on Darwin’s finches).

3. Darwinism and the public

According to an IPSOS survey conducted in 2011 [3], 55% of French people know and accept evolutionism, 9% are creationists and 36% are “without a clear opinion“. This is already worrying, but we could be reassured by saying that it is always better than in the United States where 40% of the respondents are creationists and only 28% accept evolution. Except things are not that simple. During discussions or readings, we quickly realize that those who admit evolution often have a vision that is far removed from scientific knowledge. A recent study by sociologist Dominique Guillo largely confirms this [4].

The rejection of evolution itself is overwhelmingly the work of religious fundamentalists, and we will not discuss this here. For those who admit the evolutionary fact, it is its mechanism that is generally the object of misunderstandings, even rejection, and the demarcation between the two is not always obvious.

Dogs don’t make cats, it’s well known. For common sense, it is therefore completely counter-intuitive that fortuitous genetic variations can lead to significant changes. However, this is obvious with domestic species where many spontaneous variants which, in nature, would be eliminated by natural selection, are kept and selected by breeders. In plants, the example of maize [5] is very spectacular, as is the wide variety of canine breeds in animals that we see every day (Figure 2). In nature, it is this extraordinary genetic plasticity that allows very diverse organisms to colonize very diverse environments.

Natural selection, too, is generally misunderstood. It is often seen as the struggle of everyone against everyone, the brutal elimination of the weakest. It’s a caricature. Darwin wrote that the struggle for life is not necessarily a struggle between the living, it is the set of permanent acts that allow life to be maintained: feeding, protecting, reproducing. Darwin gave the example of a plant on the edge of a desert, it struggles to survive and does no harm to anyone. The misunderstanding is compounded by the fact that many evolutionary texts replace “natural selection” with “survival of the fittest”, which implies a kind of deadly competition between individuals. However, this is an expression that Darwin did not use until the 5th edition of the “Origin of Species“, because he was wrongly accused of personifying natural selection. It is in fact by Herbert Spencer, considered at the time to be a great philosopher and true promoter of “social Darwinism” [6] which is at the opposite end of Darwin’s ideas.

In fact, natural selection essentially plays on reproductive success. It is the genetic variants that will leave the most descendants, able to live to reproductive age, that will shape the future of the population.

This second type of reaction is outside the rational realm. Darwinism is sometimes the object of a real mental blockage, deeply linked to our culture. As Guillaume Lecointre writes: “Evolution is constantly going against the current of our first and deep reflexes. Why? Quite simply because to speak of evolution is to speak of science and only of science” [7]. Yes, but the subject is very sensitive because it affects our entire representation of the world and the place we occupy in it. Some radical opponents, including people claiming to be evolutionists, do not hesitate to call Darwinism: “deadly theory“, “devastating materialism“, “cursed legend“. We are clearly in the passionate register here.

This aspect can only be addressed here very briefly. For more details, see reference [8], but especially Gerald Bronner’s analysis [9] and Cyrille Baudouin and Olivier Brosseau’s investigation [10].

To be brief, let us say that the stumbling block lies in the materialism of this theory and the part it gives to fortuitous events. The two pillars of the evolutionary mechanism, genetic variation and natural selection, are two material and blind forces with unpredictable consequences. We are not the result of inevitable progress, but the result of a very contingent process. If evolution were to begin again, there is no reason to believe that a species close to ours would appear again. This not only offends our anthropocentrismPhilosophical conception which considers man as the most significant central entity of the Universe and which apprehends reality through the sole human perspective. Aristotle was the first to develop its theory, at the same time as that of geocentrism., but also a quasi-religious vision of nature, widespread in the environmentalist movement (see The Gaia Hypothesis [11]).

Thus, in France, the very idea of evolution was accepted by most biologists only half a century late and, when it was, it was mainly Lamarckism that prevailed until about the middle of the last century. Jean-Baptiste Lamarck, a very great French naturalist, was the first to propose a coherent theory of the evolution of living species (“transformism”). But as for the mechanism, it assumed a preponderant and direct influence of the environment (Figure 3). For him, “circumstances”, “needs”, “efforts” (at least for animals), modified living organisms to improve their adaptation and these modifications were transmitted to descendants. It was obviously much more in line with good social morals: we improve by making efforts and we pass on this improvement to our children, it’s wonderful! Except that it is in contradiction with all the scientific knowledge acquired over more than a century (Read Lamarck and Darwin: two divergent visions of the living world).

To cite this article: BREGLIANO Jean-Claude (2023), Theory of evolution: misunderstandings and resistance, Encyclopedia of the Environment, [online ISSN 2555-0950] url : https://www.encyclopedie-environnement.org/en/life/theory-of-evolution-misunderstandings-and-resistance/.

Lamarck and Darwin: two divergent visions of the living world

The last two decades have seen an accumulation of scientific data on so-called epigenetic phenomena,…

Inheritance or convergence? The winding paths of species evolution

How can we explain that some species are more alike than others? Species are the…