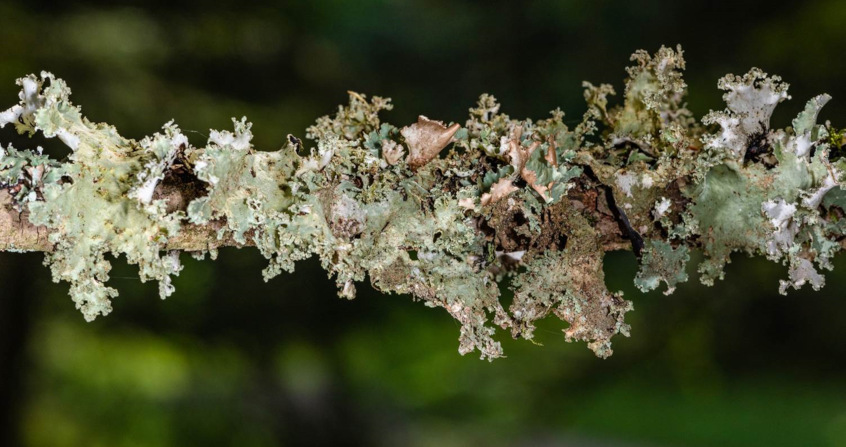 Without structures insuring physical protection, like the plant cuticle, lichens are directly exposed to their environment. Rainwater and air directly enter the organism, dust is trapped between mycelium filaments and the specific compounds formed by lichens can fix pollutants. Because of their ability to react to air pollutants at different levels, their low growth rate, their longevity and their ability to indicate the presence of these pollutants, lichens are true “sponges” which recover compounds present in the atmosphere throughout the year and throughout their life cycle. These particularities have led scientists to use certain lichens to monitor the quality of the environments in which they live. They provide an interesting contribution to the assessment of environmental and health risks.

Lichens are organisms that are very well adapted to the study of gaseous or particulate air pollution because of various and particularly favourable anatomical and physiological characteristics (See The lichens, surprising pioneering organisms; Figure 1):

Lichens do not have any physical means of defence against the environment, so they behave like real “sponges” all year round and throughout their lives. The rainwater supply and the absorption of air – essential for gas exchanges for photosynthesis and respiration – are done by the entire thallus, the mucilages of the walls absorb water, the dust is trapped between mycelium filaments and lichenic acids fix pollutants. This is particularly true for fruticose lichens which, because of their bushy structure, have a higher surface-to-volume ratio than other types of lichens and could better recover air pollutants present as aerosols (see Air Pollution). Foliose lichens, with their leaf-shape aspect, with only the upper surface exposed to ambient air, are more efficient in recovering compounds whose deposition is mainly gravitational (i.e. particles, Air pollutants: what is it?). These characteristics make lichens true “sentinels” of the environmental changes due to human activities (see Plants and Air Quality Sentinels Lichens). During his stay in Paris in the second half of the 19th century, Wilhelm Nylander -a Finnish lichenologist (Figure 2)- was the first to suggest that lichens could be considered as “hygiometers” (the term he used and meaning bioindicators) of air quality and provide information on atmospheric pollution. Unlike a physico-chemical sensor that reflects the content of the pollutant for which it was designed, lichens take everything into account and can serve as a global control of air pollution. Different strategies have been implemented:

2.1. From estimating air pollution by SO2 to establishing an environmental quality index

Between 1866 and 1896, Nylander noted the total disappearance of lichens in the Jardin du Luxembourg in Paris whereas about thirty species were initially present [2]. Only green algae of the genus Desmococcus remained. This was found to be the result of the effect of sulphur dioxide (SO2), a pollutant produced when using coal for heating, instead of wood, and changes in industry.

From the second half of the 19th century, the scarcity of lichens increased over the years, in cities and near industrial sites, marked by the disappearance of sensitive lichen species such as Usnea and the persistence of tolerant species.

Different methods for estimating air pollution have been developed:

The first methods were based on field observation of lichens (estimation of the number of species and percentage recovery). Subsequently, mapping scales were developed between the lichen species and the SO2 content. The most widely used was created by Hawksworth and Rose in England in 1970. [3] In this method, about 80 species are classified into 11 pollution levels ranging from 0 to 10, with level 0 corresponding to the maximum pollution level (> 170µg/m3), level 10 to the maximum purity level. This method was widely used throughout France in many studies between the 1970s and 1980s, during which SO2 was truly the tracer of air pollution.

At the end of the 1980s, the amount of atmospheric sulphur dioxide decreased significantly, lichens began to reappear on the trees of the Jardin du Luxembourg, [4] then in other cities in France (Figure 3).

However, in parallel with the decrease in SO2, other air pollutants have increased: nitrogen oxides (NOx) related to automobile traffic, ammonia compounds in rural areas related to agricultural activities, organic compounds (Figure 4). [5]

The Hawksworth and Rose method could therefore no longer be used. It was at this time that an approach no longer based on lichen species, but on the observation of species communities, was introduced, making it possible to establish an eco-diagnostic score, where lichens no longer appear as indicators of a single pollutant but as indicators of air quality. In this method, about 30 species are divided into 7 zones ranging from zone A (very poor air quality) to zone G (very good air quality). This procedure has been applied in the northern half of France, in the Lyon region, etc.

These methods are based on the calculation of a pollution index calculated from a mathematical formula that uses different parameters related to corticolous lichenical flora. The best known is the I.P.A. method (atmospheric purity index) by Leblanc and Sloover (1970). [6] This approach has been used frequently in France (in the Paris, Lyon [4] and Grenoble regions) and in Canada, Italy, Spain, Switzerland….

Subsequently, the study of lichen diversity as an indicator of environmental quality was introduced. In 2000, 11 European scientists met to develop a single protocol, defined on a sampling strategy in accordance with statistical rules and avoiding any subjectivity of the observer. [7]

Since then, a lichen indicator score has been developed as an AFNOR standard, first at a French level and then at a European level. [8] This new methodology monitoring epiphytic lichen biodiversity is based on an index (Biological Index of Epiphytic lichens) calculated from the assessment of presence/absence, frequency and recovery of species (Figure 5). [5]

Nitrogen oxide pollution favours the development of more or less nitrophilous species, at the expense of acidophilic species. One of the first studies was carried out on the basilica of Notre-Dame de l’Epine (Marne), whose walls were gradually covered with numerous nitrophilous lichen species, following a change in cultural practices in the surrounding environment.

Nitrogen dioxide (NO2) pollution from motor traffic has been studied in the Grenoble region (Figure 6) and a scale of 3 lichen-sensitivity classes has been established. [9],[10] This scale is based on the characterization of lichen species according to their ecological parameters, summer NO2 levels and the environmental characteristics of the region.

The accumulation of fluoride emitted by aluminium plants in the Alpine valleys was particularly sought after by lichens in the 1970s and 1990s. The work made it possible to highlight the distribution of fluoride in space (maps) and time (Figure 7). [11]

Similarly, lichens allow the accumulation of metallic trace elements to be monitored. The detection of pollution due to road traffic by lead has been extensively studied in the Paris region in northern France or by other metals in the Pyrenees [12], the Alps or other regions of the world (Figure 8).

Discharges from industrial activities, such as incineration plants, have been well observed in the department of Isère [13] and on the Dunkirk coast. [14]

Atmospheric mercury deposition from a chlor-alkali plant was measured in Xanthoria parietina. The results showed that mercury concentrations decreased as one moved away from the plant with a contamination radius of 2 km (Figure 9). [15]

Environmental biomonitoring using lichens has provided valuable information on organic compounds (PCBs, dioxins, polycyclic aromatic hydrocarbons, etc.) that have a very high concentration factor compared to concentrations in the atmosphere. This work has led to the development of a strategy to be followed when using bioindicators such as lichens to assess environmental pollution by persistent organic pollutants in the atmosphere. [16]

Radioactive elements can also accumulate in lichens. The first work was carried out in the 1950s and 1970s, during which nuclear tests were carried out mainly in the former USSR and the fallout of radioelements into the atmosphere (mainly 90Sr and 137Cs) was analysed. [17]

After the 1986 Chernobyl accident, reindeer herds were contaminated as a result of the ingestion of lichens contaminated with radioactive elements. In order to prevent the human population that consumed reindeer meat from becoming contaminated in turn, entire herds were slaughtered.

In areas where lichens are rare or absent, the transplant technique [18] can be applied effectively, especially in the case of corticose lichens. Indeed, it can be used for air pollution monitoring, for example in household waste landfill sites.

An AFNOR standard has also been developed for the use of bioaccumulators. It describes the method to be used for sampling and preparing in situ lichen samples for the bioaccumulation of substances characterizing air pollution.

4. Other types of pollution

At sea, various pollutants such as hydrocarbons and anionic surfactants spread by forming a thin film of a few micrometers on the sea surface. On the coast, pollutants can reach lichens that show various types of damage. Lichens can be used as bioindicators and bioaccumulators of marine aerosol pollution on the Mediterranean coast.

Lichens such as Dermatocarpon luridum are used as bioaccumulators of metallic elements in water (Figure 10A). [19] Recently, a more manageable “biosensor” than those used from bacteria has been developed to detect the presence of benzene in the aquatic environment following industrial or accidental releases to the environment (Figure 10A).

Some tolerant soil lichens can grow on soils containing metallic elements and are therefore indicative of the presence of these metals. Thus Diploschistes muscorum, Cladonia and Stereocaulon, among others, tolerate high levels of metals in the soil. Vezdaea leprosa is a species particularly vulnerable to the presence of zinc because it is often found near road safety zinc slides. (Figure 10B).

[1] Substances, consisting of polysaccharides, which swell on contact with water to a viscous, sometimes sticky, gelatin-like consistency.

[4] Khalil K. 2000 – Use of plant bioindicators (lichens and tobacco) in the detection of air pollution in the Lyon region. Thesis University Grenoble. 284p.

[17] Analyses carried out in France in 1996, ten years after the Chernobyl disaster, still showed significant levels of Cesium 134 and 137 in samples of Pseudevernia furfuracea from Col de Porte (in Chartreuse, Isère) (J. Asta. com. pers.)

[18] The transplant technique consists in taking lichens from a healthy region and placing them in a polluted site to be monitored spatially and temporally. Healthy lichens are installed in several locations on the site for varying lengths of time (1 month, 3 months, 1 year, etc.) depending on the protocol chosen to perform the analyses of accumulated pollutants. 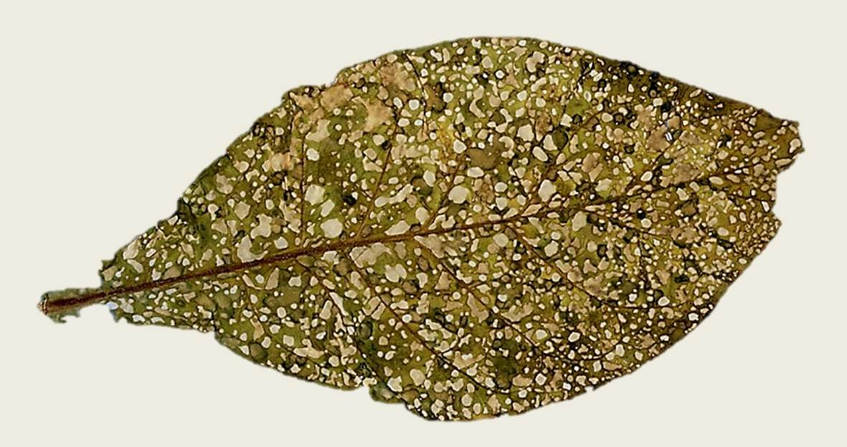 What is the impact of air pollutants on vegetation? 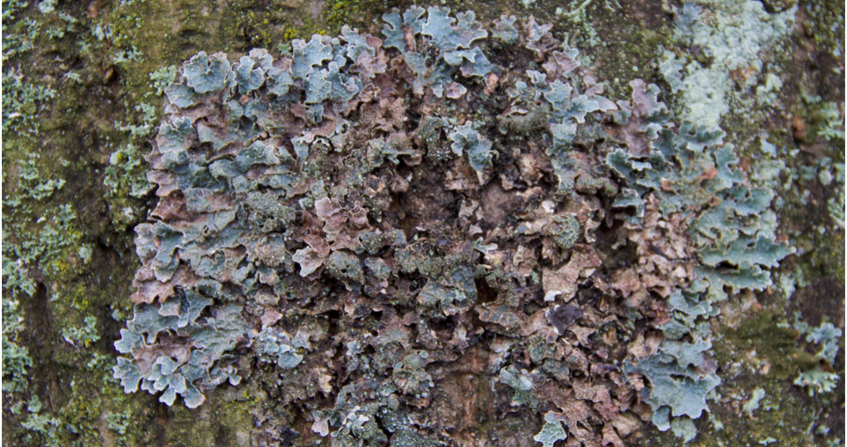 Air pollution has effects on health and the environment. The impact of pollutants on terrestrial… 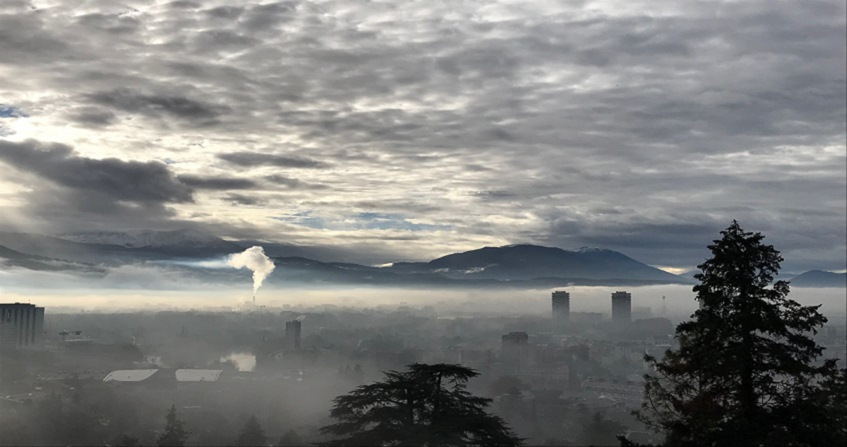 Airborne particulate matter is one of the main air pollutants. Most of their health effects…